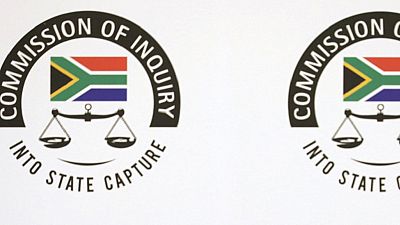 Ajay Gupta, the oldest of the controversial Gupta brothers, has said he is anxious to clear his name, even though he and his brothers do not plan on returning to South Africa in the short-run.

In an interview with the New York Times, Gupta addressed several issues that have been raised at the Justice Raymond Zondo led commission of inquiry.

The commission is reviewing allegations that the Gupta brothers – Ajay, Atul and Rajesh, who headed one of the nation’s largest conglomerates , unduly influenced president Jacob Zuma over political appointments and winning government contracts.

I’m not saying that I’m not coming to the commission. I will, but not this moment.

Gupta addressed the accusations that he offered the finance ministry job to the former deputy finance minister, Mcebisi Jonas, in exchange for favorable treatment.

In the interview, Gupta said he was not home during the meeting that was supposedly arranged by Zuma’s son, Duduzane at the Gupta residence in Johannesburg in late October 2015.

“He just came into the room for a fraction of a second, and say hello to Dudu,’‘ Ajay said, adding that his brother Rajesh also ‘did not meet with Jonas at all’.

‘Who did not come and meet me?’

He however indicated that several politicians from the ruling African National Congress (ANC) and the opposition had met with the Gupta brothers.

Nhlanhla Nene, who was South Africa’s finance minister until last week, was forced to apologise and resign, after he told the commission of inquiry that he had previously met the Guptas at their home between 2010 and 2013.

“Meeting with people, there’s nothing wrong. Every business organization meets with the politicians and the people,” Gupta said.

The Guptas, who fled the country after Zuma was recalled from the presidency by the ANC in February, requested to testify by video conference, but were denied by the commission’s chair, saying it would be ‘special treatment’.

Ajay, says while the brothers are determined to clear their name, they fear wrongful arrests if they return to South Africa.

“I’m not saying that I’m not coming to the commission,” said Ajay, whose family is now based in Dubai. “I will, but not this moment.”

The commission of inquiry, which started two months ago and could last for up to two years, has gripped the nation, as it increasingly looks like an examination of the abuse of power by the ruling ANC party that has governed South Africa since the end of apartheid.