Meanwhile, the looming divorce could take much longer. The UK’s transition out of the EU could be extended by “a matter of months”. Prime Minister Theresa May brought up the possibility of an extension during meetings with EU leaders in Brussels on Wednesday.

Also, more than 300,000 homes were left without power after one of Portugal’s most powerful storms hit over the weekend.
These are some of the stories retracing the major current events covered by the Euronews editorial team presented by Elayne Wangalwa 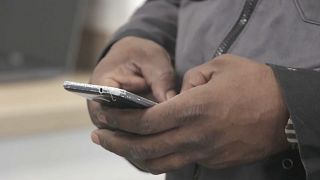