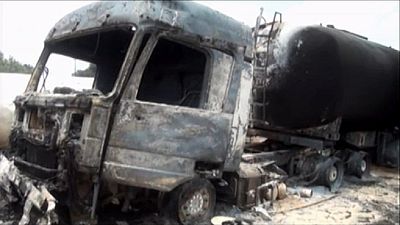 Around 50 people were killed and another 100 suffered serious burns after a fuel tanker collided with a vehicle in Democratic Republic of Congo on Saturday, a regional official said.

Deputy Governor of Kongo Central province, Atou Matubuana Nkuluki, said authorities were doing what they could to help victims of the crash in the village of Mbuta, about 130 km (80 miles) from the capital .

“We are mourning the death of a about 50 people. There are also about 100 people with second-degree burns,” he said.

Roads in the central African nation are notoriously bad after years of war and neglect.

In 2010, at least 230 people were killed in Congo when a fuel tanker overturned and exploded, unleashing a fire ball that tore through homes and cinemas packed with people watching World Cup soccer.