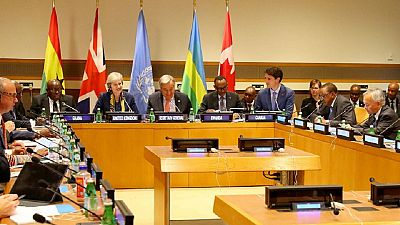 Young people in Africa have been recognised as an asset rather than a problem by world leaders who also committed to investing in projects that would provide them with jobs and opportunities.

Rwanda’s president Paul Kagame, who was one of the African heads of state present at the investment roundtable for young people in Africa, said the recently signed African Continental Free Trade Area Agreement would expand opportunities for the youth.

‘‘Bigger markets, free movement of people and the elimination of internal trade will soon be reality on our continent,’‘ Kagame said.

For a long time, governments across the world have been giving aid to Africa. It's now time to convert that aid to trade by investing in Africa's growth.

President Kagame: Any endeavour to empower young people must be based on good politics that is inclusive and that leaves no one behind, especially women and girls. What we need is to translate good ideas and plans into action. #UNGA

Other African leaders who were scheduled to speak at the event held on the sidelines of the United Nations General Assembly were Kenya’s Uhuru Kenyatta, Ghana’s Nana-Akufo Addo, Nigeria’s Muhammadu Buhari and Sierra Leone’s Julius Maada Bio.

Africa’s youth population in particular is rapidly growing and is expected to double to over 830 million by 2050.

While 10-12 million youth enter the workforce in Africa each year, only 3 million jobs are created annually, fuelling unemployment and economic frustration for many young people.

Several initiatives are being implemented by institutions like the United Nations, African Union, African Development Bank and the UK’s Department for International Development, to generate more job opportunities for the youth.

These African entrepreneurs have a message for you … #InvestInAfrica #UNGA pic.twitter.com/tTzL4Td4Ou

Creating economic growth and good, well-paying jobs – especially for youth – is a global challenge. Insightful discussion at #UNGA today on the work we can do together to make sure more young people in Africa have better opportunities to succeed. pic.twitter.com/Aie8ObTK3D

Congratulations to our #YALI2018 Fellows who participated in a roundtable with JustinTrudeau & theresa_may at #UNGA today! We are proud of how #MandelaFellows continue to lead on a global stage! DFID_UK ECAatState #InvestinAfrica pic.twitter.com/Cda4bVe8c7

Entrepreneurs from the continent, who are currently participating in the Mandela Washington Fellowship for Young African Leaders shared their experiences and proposed solutions to the world leaders that included the United Nations secretary general, Antonio Guterres and billionaire philanthropist Bill Gates.

‘‘Africa has a lot of resources, but we have to be sure that we can exploit them in a sustainable way,’‘ said Marie Josee Houenou from Ivory Coast.

‘‘For a long time, governments across the world have been giving aid to Africa. It’s now time to convert that aid to trade by investing in Africa’s growth,’‘ Auxence Muhigwa from Democratic Republic of Congo.

It was an absolute pleasure meeting The Canadian PM JustinTrudeau and UK PM theresa_may but most importantly talking to them about Investing in young people on the continent. Thank you for creating such spaces. #InvestInAfrica #YALI2018 DFID_UK WashFellowship pic.twitter.com/SAwQmmnXYe 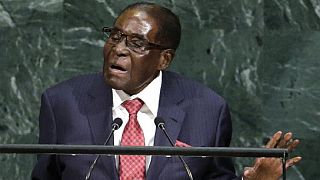 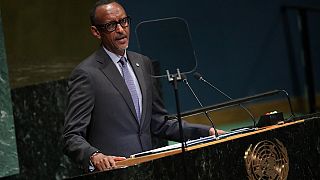 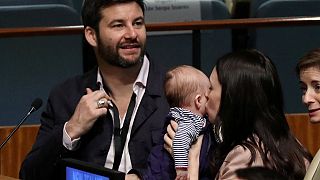