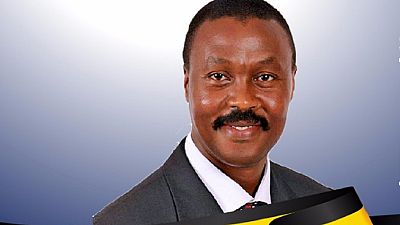 The former president of Uganda’s leading opposition party, Forum for Democratic Change (FDC) announced on Tuesday that he would leave the party following countrywide consultations he made to resolve internal wrangles.

In a statement posted on his official social media accounts, Muntu said he would address a press conference on Thursday to expound on the matter.

‘‘We have communicated to the FDC leadership our decision to leave the party as the best way forward,’‘ reads part of Muntu’s statement.

We have communicated to the FDC leadership our decision to leave the party as the best way forward.

I’ve always been a firm believer in following one’s principles. One such principle is honesty. Today, one of our team members erroneously and prematurely released a draft statement to the public. I apologise for that. Please find attached, our official position#CountryBeforeSelf pic.twitter.com/Mt98WpbyDR

Muntui had earlier apologised to the party president, Patrick Amuriat Oboi, for a statemnt that he said ‘was released carelessly and prematurely’.

From the FDC leadership

Muntu met with Amuriat and other FDC leaders on Tuesday morning to deliver findings of the consultations he has been having since January this year.

Amuriat shared details from the meeting on his Facebook page, saying he had pledged to review the findings with the party’s institutions and give feedback to Muntu.

‘‘We agreed that FDC has remained true to our promises, pledges and compact with the people of Uganda to offer an alternative leadership,’ reads part of the statement from the FDC leadership.

Who is Mugisha Muntu?

Born to Enoch Muntuyera Ruzima, a close confidante to former president, Milton Obote, and Idah Matama Muntuyera, on October 7, 1958, Muntu has played a key rôle in the militay and politics of Uganda.

Muntu has contested for the presidency of FDC three times, losing to Kizza Besigye in 2008, and winning the contest in 2012 after the latter retired from the position.

Muntu then lost to Amuriat in November 2017 as he sought another term to lead Uganda’s biggest opposition party.

The retired general was commander of the national army from 1989 to 1998, and is one of the liberation heroes who fought alongside president Yoweri Museveni against the oppressive regime of president Milton Obote in the 1980s.

Muntu is married to Julia Kakonge Muntu, and together they have two children.