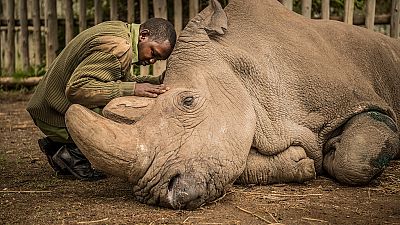 Over 500 rhinos were poached for their horns in South Africa in the first eight months of 2018, a 26 percent fall from 691 in the same period last year, the Department of Environmental Affairs said on Friday.

This maintains a downward trend since 2014, when a record 1,215 rhinos were poached in the country, but the scale of the slaughter suggests demand remains strong in Asian markets where the horn is prized as an ingredient in traditional medicines.

Ensured the decrease of rhino poaching in high density areas by more than eighty percent.

Reasons for the decline include a mobile radar system used to detect poaching activity that the department said in a statement had “ensured the decrease of rhino poaching in high density areas by more than eighty percent”.

Poaching and drought have also reduced the population so there are fewer rhinos for poachers to target. The Kruger National Park is estimated to have around 5,000 rhinos now, down from around 9,000 in 2014, according to government figures.

WHEN THE KILLING OF RHINO’S AND ELEPHANTS STOP ALL TOGETHER THEN THERE WILL BE A REAL STORY, SLOWING DOWN ISN’T STOPPING IT South Africa rhino poaching drops sharply but hundreds still being… https://t.co/gQpJ1vPUR8

Estimates vary but South Africa is believed to have up to 80 percent of an estimated global population of over 20,000 rhinoceroses, making it the centre of the poaching crisis. There is an international ban on the trade in rhino horn.

In 2007, only 13 rhinos were illegally killed for their horns in South Africa, but the numbers then surged to meet demand as affluence grew in Asian economies such as Vietnam and China. A total of 1,028 rhinos were poached in 2017 in South Africa.

Initiatives to stem the poaching wave have included plans to relocate and breed new populations on Texas ranches to educational campaigns highlighting the animals’ plight.

Hundreds is still too many. Time to wipe out poaching in South Africa. South Africa rhino poaching drops sharply but hundreds still being… https://t.co/LxGdqElCxN