The Kenyan flag was associated with gold at the 2018 edition of the Berlin Marathon that took place on September 16. The East African country recorded victories in both men’s and women’s races.

Gladys Cherono won the women’s race in a time of 2: 18:11, setting a new course record whiles Eliud Kipchoge won the men’s race with 2:01:40 smashing the men’s Marathon World Record. He broke the record by a minute and seventeen seconds.

Gladys by her victory has won a hat-trick of marathon golds, Athletics Kenya, AK, said in a tweet. AK described Kipchoge as ‘Superhuman’ for his record-smashing feat.

The organizers note that: “Never in the history of marathon running have three women broken 2:19 in one race!” 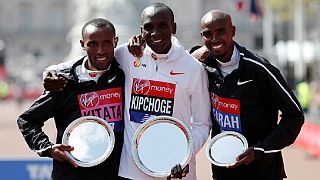 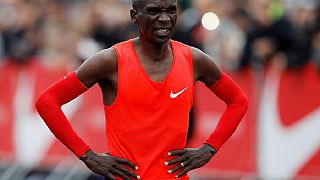 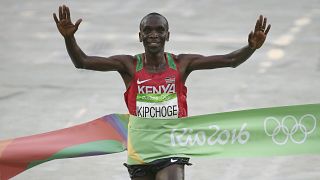