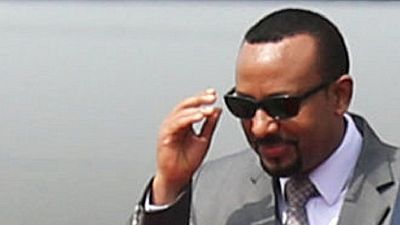 Ethiopian Prime Minister Abiy Ahmed deserves plaudits for the manner in which he has reshaped the body politic, a top United States diplomat has stated.

According to Tibor Nagy, an Assistant Secretary for the Department of State’s Bureau of African Affairs, the 42-year-old has achieved a lot since taking office in April 2018.

Nagy said in a series of tweets that for the groundbreaking reforms Abiy had and continues to champion: “He deserves tremendous credit for his boldness in tackling issues that previous governments have not addressed.

“Dr. Abiy has also taken dramatic steps to end the former government’s repression of civil liberties, inviting a diversity of voices – including many who were previously criminalized – to participate in Ethiopia’s future,” he added.

He also hailed the efforts of Abiy and Eritrean President Isaias Afwerki in making peace after decades of hostilities between the two nations. He stressed that Eritrea was finally in a position to take its rightful place in regional and global politics following the peace deal.

“We enthusiastically welcomed Dr. Abiy and Eritrean President Isaias Afwerki working together to end 20 years of conflict between Ethiopia and Eritrea… We support both sides as they explore possibilities for peace & continue to encourage and support their long-term success

“With Eritrea’s re-emergence onto the regional & global stage, we see strong potential for its contributions to improving regional security. Eritrea can also contribute to regional peace & stability, as evidenced by its role brokering agreements among Ethiopian opposition groups,” he concluded.

His views followed a testimony he made before a legislative committee on the U.S. national interests in recent developments in Ethiopia and the regional significance of the improving relationship between Ethiopia and Eritrea.

I want to thank RepChrisSmith, RepKarenBass, and the Committee for the invitation to testify today on U.S. national interests in recent developments in Ethiopia and the regional significance of the improving relationship between #Ethiopia and #Eritrea