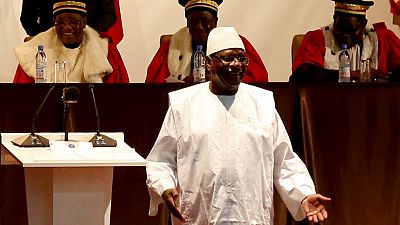 Having declared ‘re-establishment of peace and security’ as an absolute priority for his second term, Mali’s president Ibrahim Boubacar Keita named new defence, mines and foreign ministers on Sunday.

Keita was sworn in last week after winning a landslide re-election despite escalating attacks by Islamist militants and clashes between herders and pastoralists that have killed hundreds of civilians this year.

The violence has spread to neighbouring Niger and Burkina Faso, alarming Western powers like France and the United States, which have deployed troops and air power across the region’s sprawling desert landscape.

Keita maintained Soumeylou Boubeye Maiga as prime minister and most of the 33-member Cabinet was also unchanged, according to the announcement on state television.

His pick for defence minister, Tiemoko Sangare, was previously the mines minister.

Lelenta Hawa Baba Bah was named the mines minister after having led the National Directorate of Geology and Mines. As minister, she will oversee the government’s bid to revise the mining code, potentially by reducing the length of operators’ exemptions from changes to the fiscal regime.

Keita also named Kamissa Camara as his new foreign minister. She served previously as a foreign policy adviser to him at the presidency.