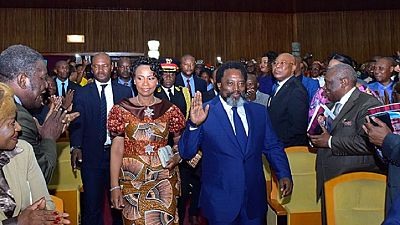 The United States has reacted to political developments in the Democratic Republic of Congo (DRC) after president Kabila finally indicated that he will be leaving office after upcoming polls.

The U.S. through its Ambassador to the United Nations (UN), Nicki Haley, said it will continue to support Congolese people. It also tasked the elections body to ensure credible polls during the December 23 elections.

“We welcome reports that President Kabila will not seek a third term in accordance with the country’s constitution. The Democratic Republic of Congo has a historic opportunity to carry out its first peaceful, democratic transfer of power on December 23, 2018.

“This development is another step, but there is much more to be done. The National Independent Electoral Commission (CENI) must take all steps necessary to guarantee the Congolese people have the right to exercise their vote in a free, fair and credible elections on December 23, 2018.

“We continue to support the Congolese people for the future they want and deserve,” the statement of August 8, 2018 concluded.

CENI’s deadline for the submission of candidatures ended on August 8. Twenty-six candidates presented their papers but the authorities will vet to know those that can appear on the ballot paper.

The ruling coalition, which Kabila currently heads, have picked Emmanuel Ramazani Shadary as its candidate. Shadary is a former governor of the Maniema province and ex-Interior Minister of the country.

Kabila has been in power for the last seventeen years. He was barred by law from seeking a third-term. The upcoming polls should have been held in 2016 but government cited electoral unpreparedness and security for postponements.