Vaccinations against a new outbreak of Ebola virus in eastern Democratic Republic of Congo are due to begin on Wednesday.

As with the previous outbreak, vaccination will focus on health workers and people who have come into contact with confirmed cases of the disease.

The country announced the latest outbreak on August 1 with four confirmed cases, a week after declaring the end to a previous outbreak in the northwest with 33 deaths.

More than 3,000 doses remain in stock in the capital Kinshasa, allowing authorities to quickly deploy it to the affected areas near the Ugandan border.

Ebola is one of the most deadly infectious viruses to date, with an average mortality rate of about 50 percent. The latest outbreak is DRC’s tenth known outbreak of Ebola since 1976. 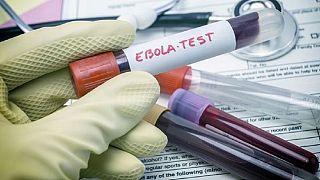