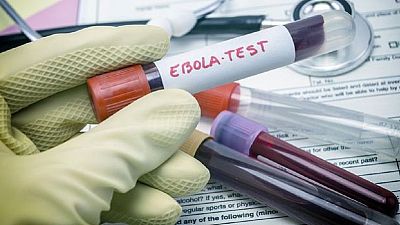 A total of 43 cases of Ebola haemorrhagic fever, 13 of which have been confirmed, have been recorded since the beginning of the new epidemic in the eastern Democratic Republic of the Congo declared on 1 August, according to a report published on Saturday by Congo’s Ministry of Health.

The health minister announced on Wednesday that a new epidemic was spreading around the city of Beni, in North Kivu province, barely a week after announcing the end of a previous epidemic in the north-west of the country which killed 33 people.

#DRC #Ebola update, 3 August:
Total of 43 cases (30 probable & 13 confirmed)), including 33 deaths. In addition, 33 suspected cases are under investigation. These are initial numbers. Will be adjusted as further outbreak investigation continues. We will report daily. https://t.co/ovzeohFlGT

As in the previous epidemic, “vaccination will be an integral part of the response,” said the ministry.

“We know there have been three cases in Beni hospital that are positive and another six in Mangina – where the epidemic is reported to have started close to Ituri province,” according to the director general in the fight against the disease, Dr. Ndjoloko Tambwe Bathé.

These nine confirmed cases are in addition to the four that tested positive on the six samples tested on July 31.

“We are taking all the equipment needed to stem the spread of the epidemic in Beni, we are only on the third day of the organization of the response, we can not tell you that there is a good progress or not, for the simple reason that we are doing the inventory, “added the director general quoted by the UN Okapi radio.

This region north of North Kivu province is already threatened by armed groups including the fearsome Ugandan Allied Democratic Forces (ADF) who have terrorized Beni for several years.

The first data on the #Ebola epidemic in North-Kivu by the Ministry of health #DRC.
- 43 cases, including 30 probable and 13 confirmed.
- 33 suspected cases under investigation.
- 33 deaths, including 3 confirmed cases. https://t.co/3sY7BG6Ny4

Latest update on the #Ebola outbreak. As of 3 August 2018
-43 Ebola virus disease cases (13 confirmed and 30 probable)
-including 33 deaths
-further complicated by the security situation in North Kivu #DRC https://t.co/ww8LkvNYei

The World Health Organization has warned that this new outbreak of the deadly virus in North Kivu province poses a particular challenge as the region is a “war zone” with several active armed groups and thousands of displaced people.