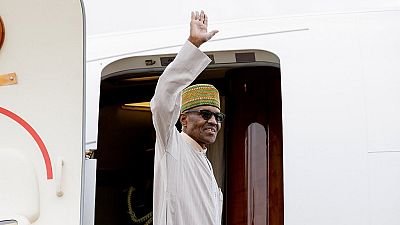 Nigerian president Muhammadu Buhari begins a 10-day vacation to the United Kingdom, the presidency stated on Wednesday. The septuagenarian is expected to leave Abuja for London on Friday August 3, 2018.

As required by law, the presidency said a letter to that effect had been transmitted to leaders of both houses of the legislature. Vice-president Yemi Osinbajo is expected to assume the role of acting president whiles Buhari is away.

Buhari’s London vacations became a major talking point in 2017 when he spent about three months seeking medical treatment for an undisclosed ailment.

The last time he was in London was for a brief stopover when he was returning from an official visit to the White House where he held talks with U.S. president Donald Trump.

Even though the presidency did not state exactly why his flight went through London, local media speculated that it was to meet his doctors for a routine checkup.

Buhari is due to contest for a second term in office during elections slated for February 2019. He is however facing a wave of defections from the ruling All Progressives Congress.