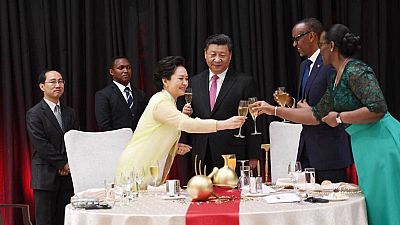 Rwandan president Paul Kagame has defended China’s relations with Africa stating that the global economic giant treats Africa as equals in dealings between the two parties.

“I also want to say a few words from the heart. The growing relationship with China is based as much on mutual respect as on mutual interests. That is evident in your personal commitment to our continent, Mr. President.

“More generally, China relates to Africa as an equal. We see ourselves as a people on the road to prosperity. China’s actions demonstrate, that you see us in the same way. This is a revolutionary posture in world affairs, and it is more precious than money,” Kagame stressed.

He was speaking during remarks after a meeting with the visiting Chinese leader Xi Jinping. Xi and his wife, Peng Liyuan, arrived in Rwanda on Sunday for a two-day official visit.

Records show that China’s trade with Africa is on the ascendancy. Before his arrival in Kigali, Xi had earlier been in Senegal on the first-leg of his African tour. He is expected to fly to South Africa, for a summit of BRICS countries (Brazil, Russia, India, China and South Africa).

China’s economic relations with the continent has come under critical scrutiny with claims that Beijing continues to load Africa with loans that most country may struggle to repay.

Critics stress that the loans, with estimates ranging in the tens of billions of dollars could leave African nations with no choice but to hand over controlling stakes in strategic assets to the Chinese state.

China on its part has also repeatedly rejected that Sino-Africa deals were tilted in their favour. There has been a flood of Chinese investment across the continent especially in the area of construction. Chinese involvement in mining is also very expansive. 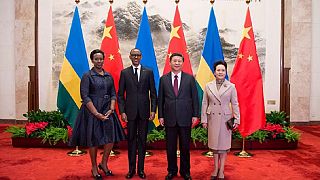 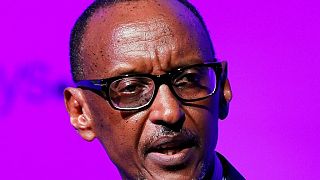 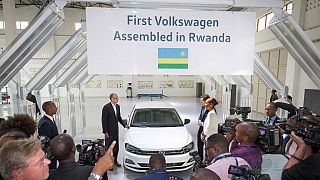