Former president of the United States, Barack Hussein Obama, has advocated that the world must continue to exude the legacy of anti-apartheid hero, Nelson Mandela.

Obama, delivering his first big speech since leaving office, stressed the impact that Mandela made in the lives of people that lived far away from South Africa.

As guest speaker at the 16th Annual Nelson Mandela lecture (the 2018 edition marking the centennial of Madiba’s birth) which took place in Johannesburg, Obama tracked the enormous social and democratic progress the world has made in the 100 years between Mandela’s 1918 birth and 2018.

Obama said: “Madiba’s light shone so brightly … that in the late seventies he could inspire a young college student on the other side of the world to re-examine my own priorities – to reconsider the small role that I might play in bending the arc towards justice.

“And now an entire generation has now grown up in a world that by most measures has gotten steadily freer, healthier, wealthier, less violent and more tolerant during the course of their lifetimes. It should make us hopeful.

“Let me tell you what I believe. I believe in Nelson Mandela’s vision, I believe in a vision shared by Ghandhi and King. I believe in justice and in the premise that all of us are created equal.”

He went on to outline how the world has changed from one just emerging from a devastating war and in which most of what is now the developing world was under colonial rule.

He stressed that since the end of colonialism, the world had embraced a new vision for humanity, based on the principles of democracy, the rule of law, civil rights and the inherent dignity of every individual.

Strong, persuasive, clear, convincing, eloquent, articulate and charismatic… Barack Obama is practically flawless whenever he takes to the stage. What a speaker! Wow.?? #MandelaLecture #NMAL2018

He's not even reading his speech. There is no autocue. I can never get used to what a brilliant orator this statesman is! #MandelaLecture

What a great talk from Obama. Definetly something the young of South Africa needed to hear! #MandelaLecture

“There are many similarities between them, but unfortunately he cant dance like Madiba could” – Pres. CyrilRamaphosa New meme alert??... Obama's reaction #MandelaLecture #MandelaObama pic.twitter.com/bLGcTjG3Yv

President Obama concludes remarks in South Africa: “Madiba reminds us that no one is born hating another person because of the color of his skin.” 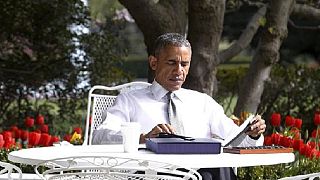 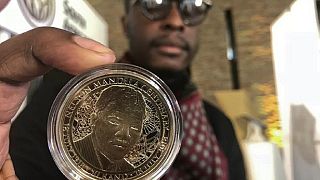 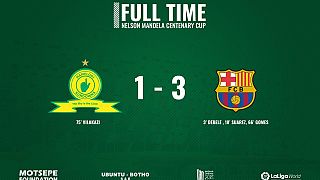