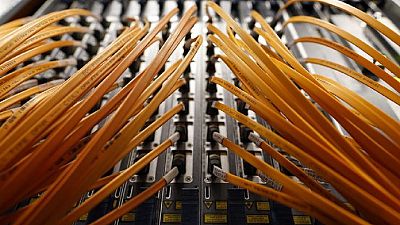 Telecom Egypt has signed a memorandum of understanding with Liquid Telecom to enable the pan-African group to complete Africa’s terrestrial fibre network stretching across the African continent, the companies said on Saturday.

Liquid Telecom, a subsidiary of Econet Wireless Global, has been building a fibre network across southern Africa covering Botswana, Democratic Republic of Congo, Lesotho, South Africa, Zambia and Zimbabwe. It also has a presence in Rwanda, Kenya and Uganda.

“Liquid Telecom will link its network from Sudan into Telecom Egypt’s network via a new cross-border interconnection, bringing together a 60,000 km network that runs from Cape Town, through all the Southern, Central and Eastern African countries, and has now reached the border between Sudan and Egypt,” the two companies said in a statement.

Completing our vision of building a single network running on land, all the way from Cape to Cairo is a historic moment for the company and for a more connected Africa.

They did not provide a time frame for the completion of the network or any estimate of the cost.

“Completing our vision of building a single network running on land, all the way from Cape to Cairo is a historic moment for the company and for a more connected Africa,” Strive Masiyiwa, founder and executive chairman of Econet, said in the statement.

Terrestrial fibre networks are particularly important in Africa where smartphone penetration and internet usage are on the rise, although many customers access the internet primarily via mobile devices rather than through a home subscription.

The demand for Internet and data services in Africa has been driven by affordable mobile broadband connections. Mobile broadband users could grow by nearly eight times to 806 million by the end of 2018, according to Informa estimates.