Ugandan legislators to get sharpshooters and armoured cars for security 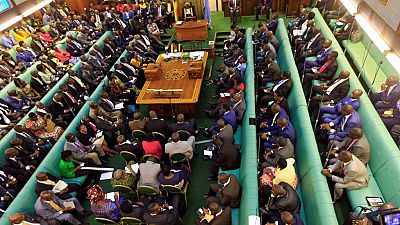 President Yoweri Museveni has approved increased security spending for Uganda’s 456 members of parliament – including on sharpshooters and armoured escort vehicles – after a ruling party lawmaker was shot dead.

Critics said the spending was wasteful and failed to address security concerns of normal citizens who fear rampant crime in a country marked by unsolved murders, waves of kidnappings for ransom, burglaries and robberies.

In a letter to the finance minister seen by Reuters on Thursday, Museveni said the decision to boost security was taken after a meeting with members of parliament in which incidents of “criminality and terrorism” were discussed.

The killing of a ruling party lawmaker and his bodyguard on June 8 follows lethal attacks on Muslim leaders, a public prosecutor and a senior police officer. There have been no arrests in any of the cases.

Museveni said lawmakers would now be accompanied by military sharp-shooters and ordered the finance ministry to purchase armoured pick-up trucks to use as escort vehicles.

Rights groups and the opposition accuse the government of wasteful spending and failing to reign in corruption.

In the 2018/19 (July-June) financial year, the government introduced new taxes and hiked existing ones, including a new levy on accessing social media sites.

“Security should be guaranteed for every Ugandan not for a few selected people … it’s pathetic and annoying,” she said.

Parliament spokesman Chris Obore denied the spending was wasteful, describing it as a “short term measure” to meet credible threats.

In power since 1986, Museveni, 73, is expected to stand for re-election in 2021 after parliament, controlled by his ruling party, scrapped an age cap in Uganda’s constitution last year.

The amendment, which sparked protests countrywide and a fistfight in parliament, removed a bar on anyone older than 75 running for president.