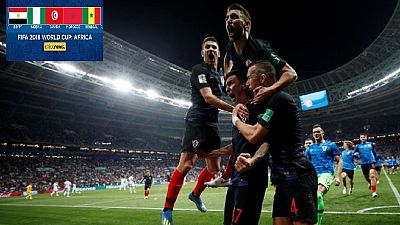 <p><strong>Kenyans voiced outrage on Thursday as it emerged that a group of lawmakers had gone to the World Cup at the taxpayers’ expense, even though the country had failed to qualify for the tournament.</strong></p> <p>The scandal erupted after some of the legislators posted selfies on social media of themselves enjoying matches in Russia.</p> <p>“Isn’t that a big bad joke, that leaders can travel all the way to Russia to watch football when we have a lot of problems here?” asked Sylvester Aseka, who sells second-hand computers in Nairobi.</p> <p>“Oh my God, I want to believe that is not true, the pictures some of them are posting,” said Jacinta Mong’ina, 26, a student. “It means they have a lot of time and resources to go to Russia. When will they serve their constituents?”</p> <h3>Kenyan MPs trip to costs about $450,000</h3> <p>The Star daily newspaper reported that around 20 MPs had travelled to Russia at the beginning of the month and were expected to attend Sunday’s final.</p> <p>The cost of accommodation, per diems and match tickets was being footed by the government, it said.</p> <p>The Star’s estimate of the total cost was around $450,000. By comparison, the minimum wage in Kenya is between $120 and $280 per month, depending on the skill.</p> <h3>‘MPs will file and present World Cup report’</h3> <p>In parliament, National Assembly Speaker Justin Muturi confirmed the trip but said it was “not a bad thing”.</p> <p>“They must prepare a report when they come back and table it in parliament. That’s the standard procedure,” he said.</p> <p>According to The Star, Senate Clerk Jeremiah Nyegenye also defended the trip as “official business”.</p> <p>“It is their responsibility to understand sports, how to host such international tournaments. This is not a holiday and it is too simplistic to look at it as a joyrider mission,” he was cited as saying.</p> <p>Kenya’s Harambee Stars have never reached the World Cup finals, and have not qualified for any major international tournament since the 2004 Africa Cup of Nations.</p> <p>Kenya’s lawmakers, among the highest paid in the world, have often rubbed public opinion up the wrong way notably over their salary demands.</p> <p>Last August, before they had even taken up their seats after an election, the new MPs launched a campaign to demand higher wages.</p> <p>Kenya has also previously courted scandal at major sporting events, from doping allegations to the 2016 Olympics where several athletics officials were charged with offences such as stealing team uniforms.</p> <h3><a href="http://www.africanews.com/2018/06/16/kenya-unveils-20182019-budget/"target="_blank">Kenya unveils 2018/2019 budget</a></h3> <iframe src="//embed.scribblelive.com/Embed/v7.aspx?Id=2778493 &ThemeId=19714" width="100%" height="1200" frameborder="0"></iframe>

It is their responsibility to understand sports, how to host such international tournaments. This is not a holiday and it is too simplistic to look at it as a joyrider mission.