Macron arrived at the famous venue in the Nigerian city of Lagos, just hours after holding talks and a joint news conference with President Muhammadu Buhari in the capital, Abuja, at the start of a two-day visit to the West African country.

During the news conference he stated his commitment to helping the fight against Islamist militants in the northeast, before embarking on the hour-long flight to Lagos to visit the New Afrika Shrine.

Fela was not just a musician. He was a politician who wanted to change society. So if I have one message for young people, it’s this: ‘Yes, politics is important; yes, be involved.

“Fela was not just a musician. He was a politician who wanted to change society. So if I have one message for young people, it’s this: ‘Yes, politics is important; yes, be involved,” Macron told the audience from the stage. 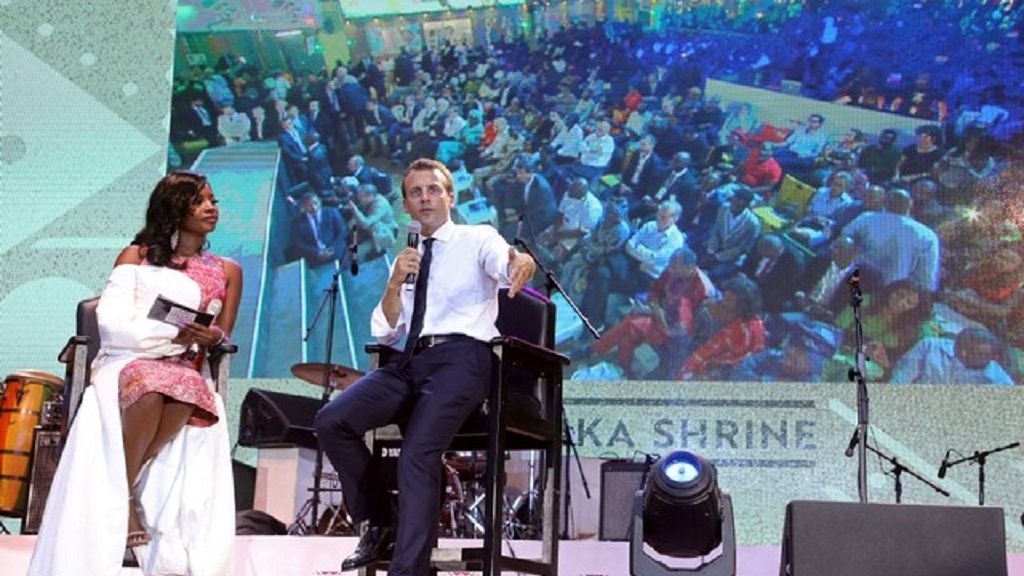 Fela – a singer, composer and saxophonist – pioneered the Afrobeat sound by combining organ riffs with West African drumming and brass instruments. He was famed for his sexual exploits, marijuana smoking and fearless critiques of Nigeria’s military regime.

Fela was jailed on dozens of occasions by military rulers in the 1970s and 1980s, including by Buhari during his time as a military leader in the early 80s.

The New Afrika Shrine replaced the famed original – created by Fela – which burned down in 1977. It is managed by the musician’s sons Femi and Seun who continue their father’s musical and cultural tradition.

Macron’s time in the nightclub

During an evening in which classic Fela songs were played alongside contemporary artists, and a fashion show was held, the French president told the audience Nigeria was important for African culture.

He said France planned to launch a season of events intended to be “the face of African culture in Europe”.

“It will be about a new generation of African artists – for them by them,” he said.

The visit to Nigeria has marked a return to familiar territory for Macron. He spent six months in Abuja as an intern at the French embassy in 2002.

When asked about previous visits to the legendary Lagos club, he said: “I can’t tell you everything that happened when I used to come to the Shrine because what happens at the Shrine stays at the Shrine.” 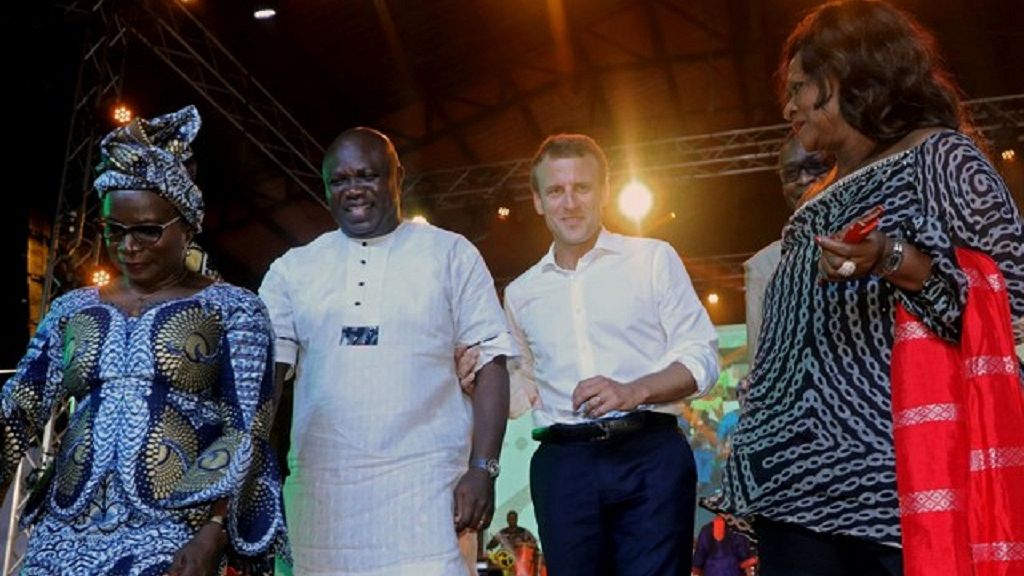 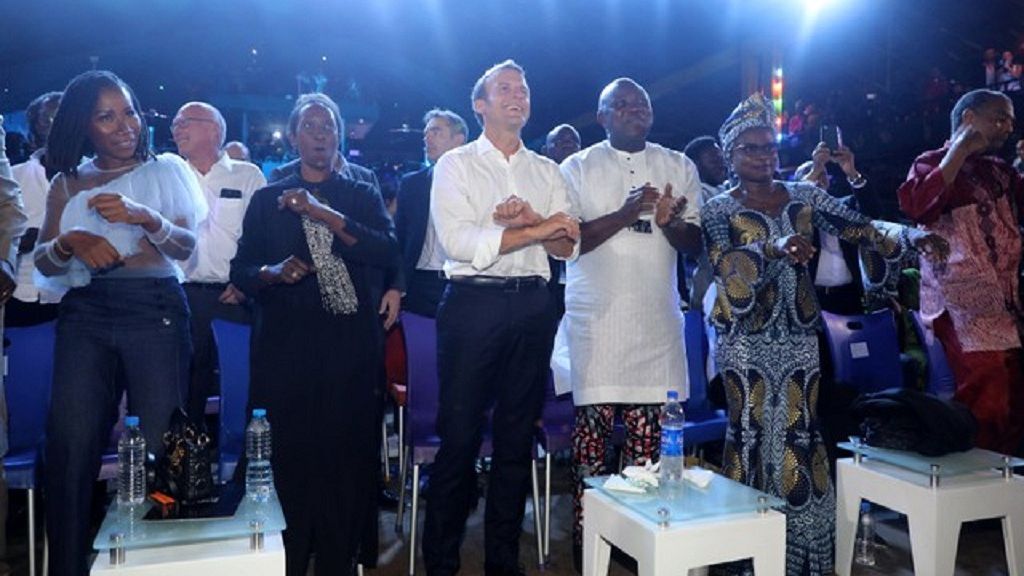 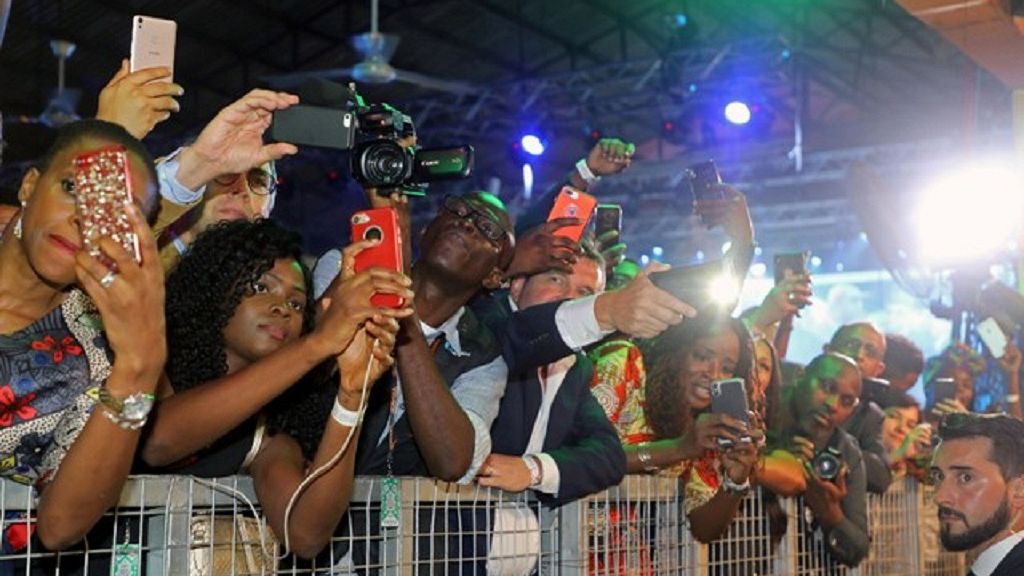 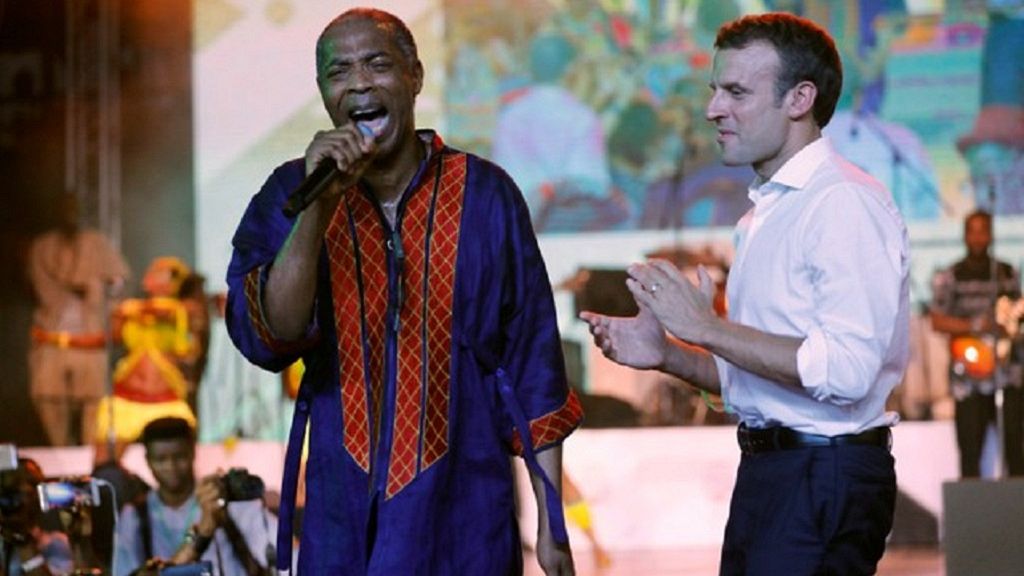 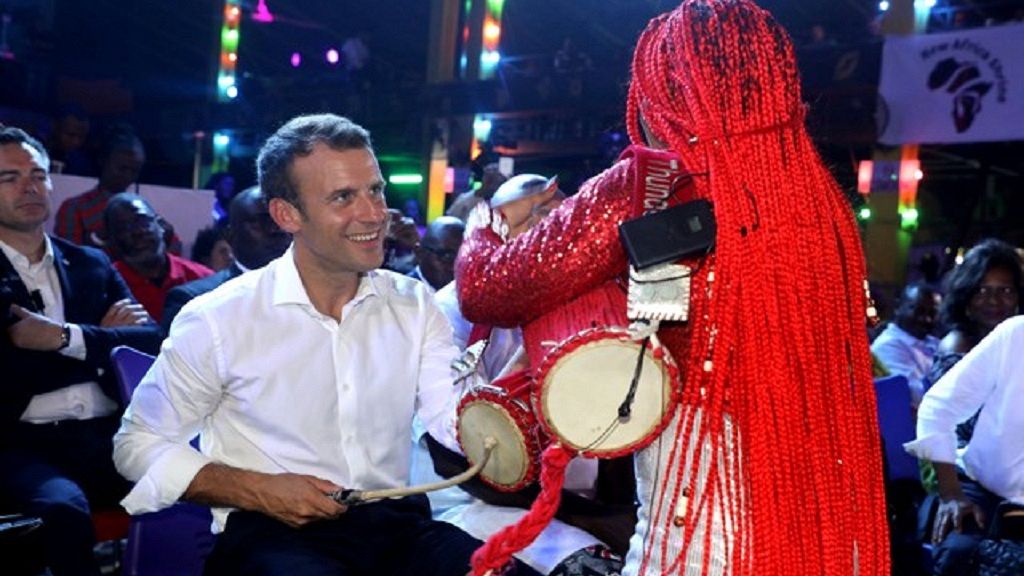 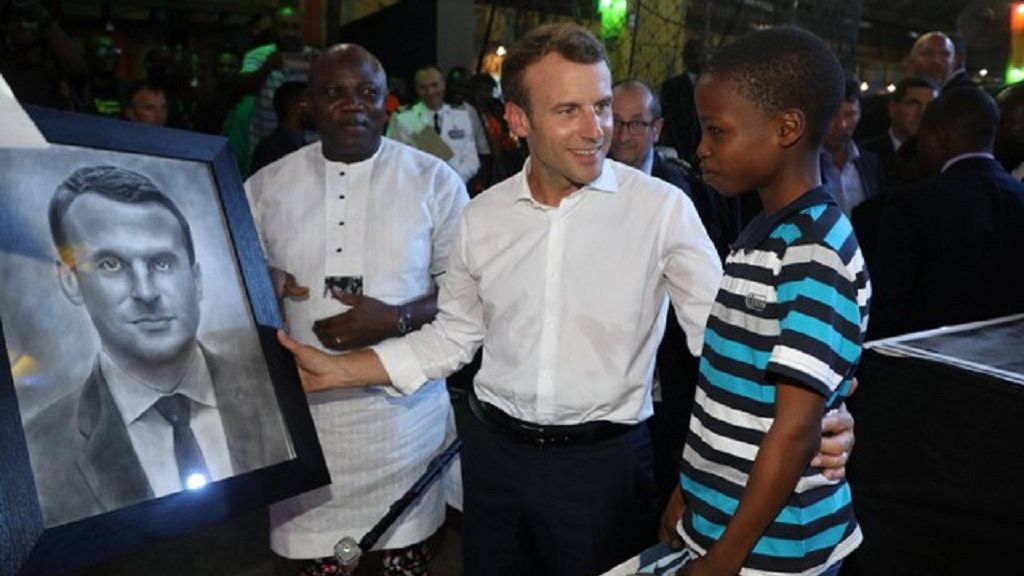