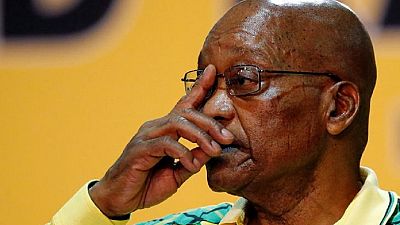 South Africa’s ex-president Jacob Zuma is mourning the death of his 25-year-old son, Vusi Nhlakanipho Zuma, who died on Sunday after a short illness.

Zuma’s spokesperson Vukile Mathabela confirmed that Vusi died in a Johannesburg hospital on Sunday night, but added that other details surrounding his death remain a private matter for now.

Vusi was the youngest of Zuma’s children with his late wife Kate, who died in 2000.

Condolences to the Zuma family on the passing away of their son Vusi, May his soul rest in perfect peace.