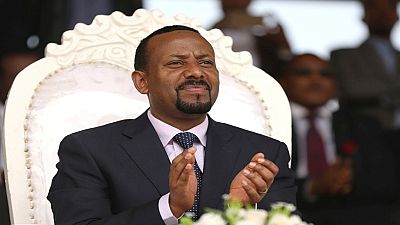 A high-level Eritrean delegation arrived in the Ethiopian capital Addis Ababa on Tuesday for the first time since the two nations fought in 1998 over their disputed border, with diplomatic relations broken off ever since.

Abiy said this month he would honour all the terms of a peace deal, suggesting he might be ready to settle the border dispute.

The border war killed some 80,000 people and the sides remain at odds over the status of the frontier town of Badme. The border remains militarized.

Abiy was at a rally hit by a grenade that killed two people on Saturday an attack that government-affiliated media blamed on opponents of reforms announced since he took office in April, including airline and telecoms privatizations and the rapprochement with Eritrea.