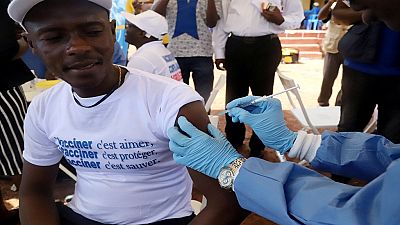 Democratic Republic of Congo moved closer to declaring its Ebola outbreak over on Wednesday when the health ministry said it had completed surveillance of the last people who came into contact with patients and had not found any new cases.

If no further cases of the deadly disease are confirmed after one more three-week incubation period, Congo will be able to officially declare an end to the outbreak, which is believed to have killed 29 people since April.

Health officials have traced contacts and deployed an experimental vaccine in northwestern Congo to head off what they feared could have become a wider contagion after the virus spread to Mbandaka, a river port city of more than 1 million people.

The latest outbreak has been seen as a test of global health authorities’ ability to counter Ebola after being criticised for responding too slowly to an epidemic in West Africa from 2013-2016 that killed more than 11,000 people.

More than 3,300 people have received Merck’s experimental vaccine and health workers kept a watch on 1,706 people who came into contact with Ebola patients, official said.

This is Congo’s ninth outbreak of Ebola since the virus was discovered near northern Congo’s eponymous river in 1976.