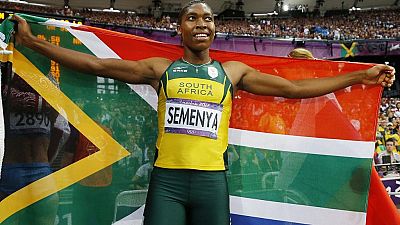 The International Association of Athletics Federations (IAAF) will not soften its stance on new regulations for female classification and is ready to defend it in the Court of Arbitration for Sport(CAS), president Sebastian Coe has said.

Coe’s comments follow Tuesday’s meeting in London with Athletics South Africa president Aleck Skhosana in which the concerns of ASA over the new ruling were discussed.

ASA and South African double Olympic and triple world 800 metres champion Caster Semenya have both separately appealed to CAS to have the new regulations that limit the levels of naturally-occurring testosterone in female athletes set aside.

Coe and Skhosana met to clarify their positions and with neither side willing to budge they have declared that CAS is the best body to rule on the dispute.

“We will support our athletes on the grounds that the regulations discriminate against certain female athletes on the basis of natural physical characteristics and/or sex,” Skhosana said in a media release from the IAAF on Wednesday.

He added that ASA and Semenya have the support of the South African government and the country’s Olympic Committee.

But Coe says there will be no easing of the regulations, set to be introduced on Nov. 1, as the IAAF believe they are the fairest solution to a tricky challenge facing the sport.

“We need to create competition categories within our sport that ensures that success is determined by talent, dedication and hard work, rather than by other factors that are not considered fair or meaningful, such as the enormous physical advantages that an adult has over a child, or a male athlete has over a female athlete,” Coe said.

“We therefore need to come up with a fair solution for intersex/DSD (differences of sexual development) athletes wishing to compete in the female category, which is what the new regulations set out to do, based on the evidence the IAAF has gathered about the degree of performance benefit that such intersex/DSD athletes get from their higher levels of circulating testosterone.”

The IAAF said its decision was based on peer-reviewed studies and observation by scientists which showed that females with above-normal or male equivalent levels of testosterone had up to a 12 percent performance advantage over fellow female athletes.

‘I have no time for nonsense’: S. Africa’s Semenya responds to new IAAF regulations