Congolese opposition leader Jean-Pierre Bemba, whose war crimes convictions were quashed last month, is expected to return to Congo next month for a party congress to select a candidate for December’s presidential vote, a party spokesman said on Friday.

Bemba, a former rebel leader and vice president, left Democratic Republic of Congo (DRC) in 2007 and spent the last 10 years in prison in The Hague. He is currently free in Belgium pending a hearing on a separate conviction for witness tampering.

Last week, the Congolese Foreign Affairs Minister Leonard She Okitundu said the former Vice President ‘may return’ to the country if he wishes. Okitundu who did not specify whether Bemba will be prosecuted by the Congolese justice system, said Bemba ‘left on his own will, and that he can return if he wants to’.

Bemba’s return would introduce yet another factor to consider in DRC’s complex political crisis that has seen Kabila stay on as president despite the fact that his second an final term of office ended in 2016.

While elections have been scheduled for Decemeber this year, the opposition have repeatedly protested Kabila’s refusal to outrightly rule himself out of the contest.

Bemba has since Friday been on bail in Belgium pending a final decision on his punishment, according to the International Criminal Court( ICC).

The ICC acquitted Bemba of crimes against humanity and war crimes but not in the case of bribery of witnesses.

The court issued “specific conditions” for his provisional release after ten years of detention, including “not changing address without notice”. 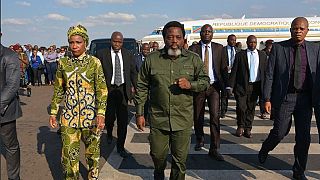 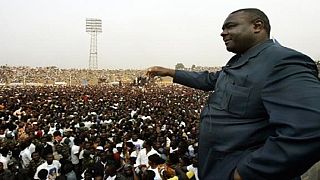