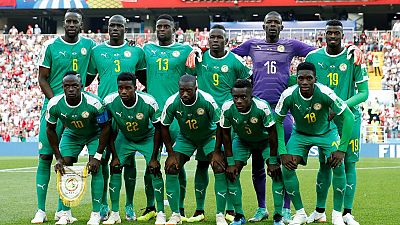 British businessman turned BBC TV star Alan Sugar came under fire Wednesday after tweeting a picture of the Senegal national football team with the caption “I recognise some of these guys from the beach in Marbella”.

Dear ⁦Lord_Sugar⁩, I’m afraid no Senegalese or African will see this as funny. What you wrote was hurtful and plays to a racist stereotype. If you really don’t see what’s wrong with what you’ve written, you have a lot to learn still. You should know better! pic.twitter.com/T4W44Cx83s

The Apprentice presenter took down the post after being accused of racism.

“Seems it has been interpreted in the wrong way as offensive by a few people… frankly I can’t see that but I think it’s funny,’‘ he explained.

Alongside the picture of the Senegal team, Sugar also posted images of sunglasses and handbags for sale on a beach.

Senegal claims first African win, as Salah’s return is not enough to save Egypt

Actress Kelechi Okafor tweeted that Sugar was “constructing this joke on the premise that all black people look alike, are poor and cannot achieve social mobility.

“This is why I say that racism is too deeply ingrained within the British psyche for certain people to even realise how damaging and hurtful their ‘jokes’ are.”

BBC journalist Babita Sharma added: “A shocking, vile tweet that you take a screen grab of because you know it will soon be deleted.”

I misjudged me earlier tweet. It was in no way intended to cause offence, and clearly my attempt at humour has backfired. I have deleted the tweet and am very sorry.

Lord Sugar has acknowledged this was a seriously misjudged tweet, and he’s in no doubt about our view on this. It’s right he’s apologised unreservedly.

Who is Lord Sugar?

Sugar made his fortune as founder of electronics company Amstrad, and is estimated to be worth £1.15 billion ($1.5 billion, 1.3 billion euros).

He was chairman of Premier League club Tottenham between 1991 and 2001, and has presented the British version of The Apprentice since 2005.

Labour prime minister Gordon Brown made Sugar, 71, a lord in 2009, but he left the party in 2015, citing its “negative business policies”.