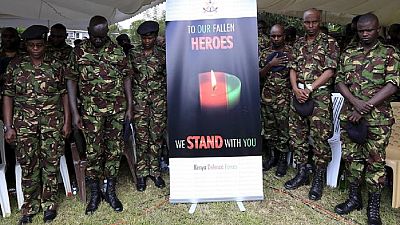 Eight Kenyan police officials were killed in the eastern part of the country on Sunday after their vehicle hit an improvised explosive device planted by Somalia’s al Shabaab militant group, police said.

Al Shabaab is fighting to topple Somalia’s government, establish their own rule based on their strict interpretation of Islamic law and drive out of the country peacekeepers deployed by the African Union.

The militants frequently launch attacks in neighbouring Kenya to pressure it to withdraw its troops which form part of the peacekeeping force.

Charles Owino, Kenya’s police spokesman, told Reuters that five administration police and three reservists were killed “while protecting our borders and security of the county”.

Earlier this month, five Kenyan police officers were killed in a similar attack in the same region.