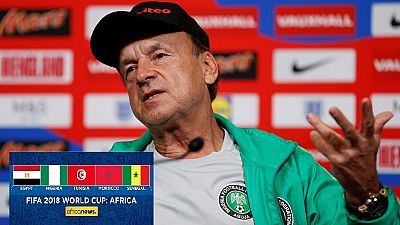 Nigeria’s coach says the friendly defeat to Czech Republic in the team’s final World Cup preparation game has humbled the team and strengthened their resolve to work hard and record better results in Russia.

Nigeria has lost three of their last four warm up games including the 1-0 defeat to Czech and a 2-1 loss to England last weekend.

With over 180 million fans backing them in Nigeria and many more across the planet, the Super Eagles carry a considerably weighty burden of expectation to deliver.

Because we need humility, it is helping us. We also need solidarity and hard work. Everybody understands this after the defeat to Czech Republic.

“We lost again another match, everybody is angry about it and this anger is positive,” coach Gernot Rohr told BBC in an interview after the Czech defeat.

“After we won against Argentina in a friendly [in November], everyone talked about us reaching the semi-final and now the results now has humbled those voices.’‘

Since that 3-2 win over Lionel Messi’s Argentina, the Super Eagles have beaten Poland 1-0 in March, played out a 1-1 draw against DR Congo before losing to England on June 2.

“Because we need humility, it is helping us. We also need solidarity and hard work. Everybody understands this after the defeat to Czech Republic.”

The coach however believes the team will deliver better results at the World Cup, buoyed by the comeback of Leicester midfielder Wilfred Ndidi, who had been out since April with a hamstring injury.

The three time African champions will open their World Cup campaign against Croatia on June 16, before taking on Argentina and Iceland in Group D.

In the latest rankings by football governing body, FIFA, Nigeria dropped from the 47th to 48th position, while its opponents are ranked 5 (Argentina), 20 (Croatia) and 22 (Iceland). 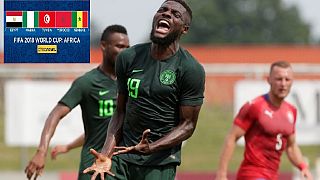 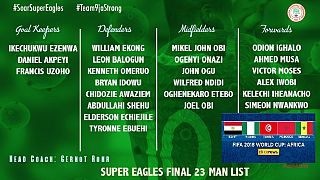 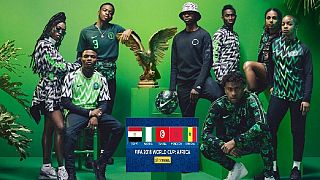