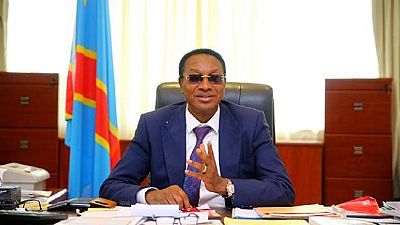 The mines minister of the Democratic Republic of Congo has disclosed the country’s prime minister will sign into law on Friday regulations to immediately implement a new mining code without any concessions to industry demands that key provisions be amended.

The move could set off a legal battle between the government and major mining companies operating in Congo, including Glencore and Randgold, which threatened legal action against the government last week if their concerns about tax hikes and the elimination of exemptions were not addressed.

“The code will be applied as it was promulgated!” Mines Minister Martin Kabwelulu told Reuters in a text message.

The code will be applied as it was promulgated.

A spokeswoman for Randgold, who has been handling media queries on behalf of seven of the largest foreign companies operating in Congo, did not immediately respond to a request for comment.

Kabwelulu said the regulations would first be adopted at a cabinet meeting on Friday and then signed by Prime Minister Bruno Tshibala in the evening, adding that “the application of the code will be immediate!”

The new code scraps 10-year protections for existing projects against changes to the fiscal regime, imposes a windfall profits tax and increases royalties. Congo is Africa’s top copper producer and the world’s leading miner of cobalt.