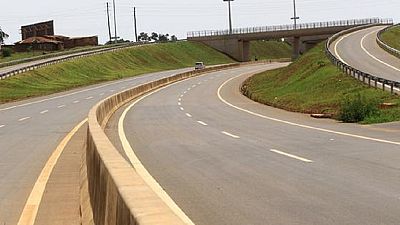 Forty eight died in a grisly accident involving a tractor, a bus and a truck on a road in Northern Uganda, the Ugandan Red Cross announced Saturday.

“The death toll is now 48, including 16 children,” Irene Nakasiita, a spokeswoman for the Uganda Red Cross, told AFP.

Government has since airlifted survivors of the accident from Lira to the national referral hospital in Kampala.

The accident took place on the night of Friday at around 20:30 (18:30 GMT) Saturday in the district of Kiryandongo, about 220 kilometers north of the capital Kampala, said national police spokesman, Emilian Kayima, who reported a death toll of at least 22.

ASP Julius Hakiza, a senior police officer in the region said the bus knocked the tractor from the rear and thereafter lost control resulting into a head-on collision with a trailer registration number, which was moving from the direction of Kampala.

Police blamed the accident on the tractor which was travelling without lights or reflectors, but also noted that the bus was speeding.

The accident paralysed traffic along the usually busy Kampala – Gulu highway, as victims of the accident were rushed to a local hospital in the area.

More than 9,500 people died in road accidents in Uganda from 2015 to 2017, estimates the Ministry of Transport, according to which the situation worsens every year.