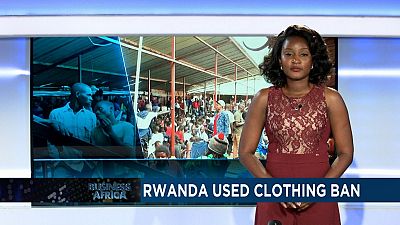 Rwandan traders have reacted to a move by the government to ban imports of used clothing which they believe will lead to loss of jobs and will have a negative impact on the country’s economy.

The government increased tariffs on imported used clothes with the intention of eventually phasing out importation. Tariffs were hiked from 20 cents to $2.50 per kilogram.

Domestic demand for locally produced clothes has been stifled, east African governments say, by the ubiquity of cheap, second-hand garments imported from Europe and the United States.

However , Neighboring Kenya which in 2017 exported nearly $340 million of apparel duty-free to the United States, backed down.
Uganda and Tanzania followed Kenya’s example and capitulated, agreeing to roll tariffs back to pre-2016 levels, leaving Rwanda the only East African Community member country to hold out.