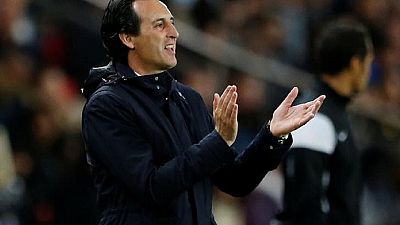 English football club side announced Unai Emery, the former coach of Paris Saint-Germain as the new gaffer who will have the daunting task of replacing long time manager, Arsene Wenger.

The 46 year old Spaniard won three consecutive Europa League titles with Sevilla (2014, 2015 and 2016) before moving to Paris in the last two seasons.

He won the local treble in his last season with the French club, but will go down in Paris history as having overseen the infamous “remontada” when PSG beat Barcelona 4-0 in Paris before dramatically losing 6-1 at the Camp Nou, to be eliminated from the Champions League in 2017.

We are confident he is the right person for the job.

“I am delighted to join one of the best clubs…Arsenal is known and loved around the world for its style of play, its involvement with young players, its fantastic stadium, the way the club is run,” said Emery on Arsenal’s social media accounts.

A new dawn. A new era. A new chapter.#WelcomeUnai pic.twitter.com/kGrE2gMLQl

“We are confident he is the right person for the job.’‘

Emery’s contract was not renewed in Paris because he failed for the second season in a row in the bring Champions League glory, a major objective of the Qatari owners, this time against Real Madrid. Emery won seven domestic titles in two seasons in Paris.

Unai started his coaching career at Lorca Deportiva in 2005 after playing mostly in the Spanish second division. He went on to coach Almeria, Valencia and Spartak Moscow before joining Sevilla.