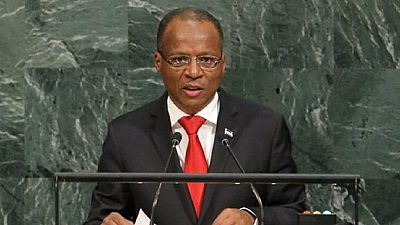 The Atlantic island nation of Cape Verde hopes to create a zone of free circulation for people and goods with the nearby Spanish Canary Islands and Portugal’s Madeira and Azores, Prime Minister Ulisses Correia e Silva said on Monday.

Cape Verde, made up of 10 islands off the West African coast, hopes to boost economic growth and tourism with such a deal, which could be helped further by plans to scrap all visa requirements for European travellers from the start of 2019.

“Our objective is to reinforce our links with Macaronesia,” Correia e Silva told business leaders and politicians at a conference in the Portuguese coastal resort town of Cascais.

Macaronesia is the term used to describe the Atlantic archipelagos that include the Canaries, Cape Verde, Madeira and the Azores, which are all major tourist destinations for Europeans.

“We are very advanced in our efforts to create a legal framework for an area of free circulation, for goods and people,” in Macaronesia, he said. “Our economic integration with Europe goes through Macaronesia.”

Cape Verde, a windswept, volcanic archipelago, was a Portuguese colony until 1975 and still has close links with Lisbon, where there is a large community of Cape Verdians.

It has seen stronger economic growth than most of the sub-Saharan countries in mainland Africa and in 2008 shed its Least Developed Country (LDC) status.

The International Monetary Fund has put Cape Verde’s 2017 growth at 4 percent and expects it to reach 4.3 percent this year. Correia e Silva, whose government took office in 2016, said he stood by a pledge to deliver annual growth of 7 percent.

“NO THREAT TO ANYBODY”

The prime minister said Cape Verde had passed legislation to abolish all visa requirements for Europeans and hopes the European Union will do the same.

“We are a small nation and are no threat to anybody,” he said. Cape Verde has a population of 500,000 but has large emigrant communities in Portugal and elsewhere in Europe.

The country links its local currency to the euro, which circulates freely in the economy.

The prime minister said Cape Verde was also working to boost its position as a hub for air travel – between the Americas and Europe and Africa – as well as hoping to become a digital hub for Africa.