Kenya and Ethiopia have agreed to fast track implementation of the special status agreement between the two countries, that is envisaged to have economic and security benefits for their citizens.

Kenya and Ethiopia established a bilateral commission, which is the highest level of structured bilateral cooperation.

President Uhuru Kenyatta, who noted that while movement of goods and persons between the two countries has been improved by the construction of One-Stop Border Post in the Ethiopian town of Moyale, clear timelines and deliverables need to be put in place to ensure that people in both countries benefit from the special relationship.

I wish to call for a renewed drive to ensure its effective implementation, by introducing clear timelines and deliverables in our implementation strategies.

‘‘I wish to call for a renewed drive to ensure its effective implementation, by introducing clear timelines and deliverables in our implementation strategies,’‘ said President Kenyatta.

The president was speaking at the bilateral meeting held at State House Kenya, following the arrival of Abiy Ahmed on a state visit.

‘‘We have held talks and agreed to focus on our historical ties that our forefathers built for us. We are not proud of what we have been doing over the years and we have to achieve more,’‘ said Abiy who became prime minister of Ethiopia last month.

The two leaders also discussed the implementation of the Power Purchase Agreement under which Kenya would import up to 400MW from Ethiopia yearly.

Ethiopia is currently completing the Grand Renaissance Dam which it hopes will enable it to supply the region’s electricity needs.

While Egypt has opposed the dam project because of fears it could affect the flow of water downstream, Sudan and Kenya have already expressed enthusiasm at the opportunity to import electricity from Ethiopia.

President Kenyatta and premier Abiy also discussed the two countries’ anti-terrorism strategy that prioritises the stabilisation of Somalia and winning the fight against Al Shabaab. 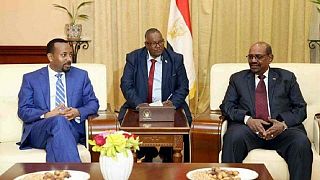 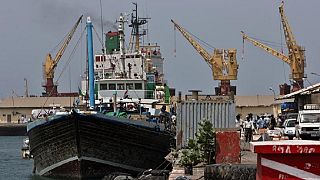 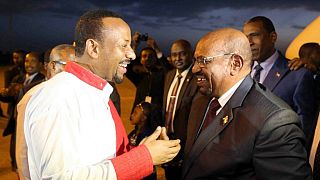