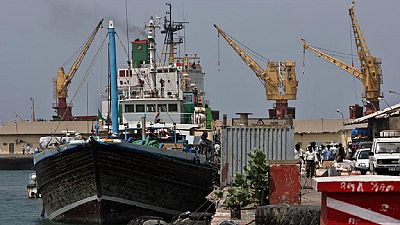 Ethiopia will take a stake in the Port of Djibouti, its main gateway for trade, under a deal reached between the two countries, state media outlets said on Tuesday.

Djibouti had been seeking investors for its port since it terminated Dubai’s state-owned DP World’s concession to run the port two months ago, citing a failure to resolve a six-year contractual dispute.

The port is a key asset for Djibouti, a tiny state along the Red Sea whose location is of strategic value to countries such as the United States, China, Japan and former colonial power France, all of whom have military bases there.

The size of Addis Ababa’s stake was unclear.

State-owned Ethiopian News Agency said the agreement, reached at the weekend during a visit by Ethiopia’s Prime Minister Abiy Ahmed to Djibouti, involved the joint development of facilities. In return, Djibouti would have the option of taking stakes in state-owned Ethiopian firms.

“A joint committee of ministers would meet to thrash out details,” Ethiopian New Agency said. The government had previously said that the port would remain “in the hands of our country” until it found new investors.

The deal with Djibouti follows Ethiopia’s agreement to acquire a 19 percent stake in the Port of Berbera in the breakaway Somali region of Somaliland. DP World retains a 51 percent stake there, while the government holds the rest.

Ethiopian state companies that Djibouti may look to invest in following the bilateral agreement could include Ethiopian Electric Power and Ethio Telecom – one of Africa’s last remaining telecoms monopolies.