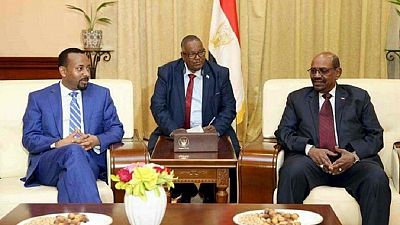 Days after announcing that they will take a stake in Port of Djibouti, Ethiopia and Sudan have agreed a deal that will allow them to take a stake of Port Sudan, an Ethiopian Foreign Ministry official said on Thursday.

The deal was reached on Thursday after a meeting between Ethiopia’s Prime Minister Abiy Ahmed and Sudanese President Omar Hassan al-Bashir. Abiy is on an official visit in Khartoum.

“The leaders of both countries agreed to develop Port Sudan together,” said Meles Alem, spokesman of Ethiopia’s Foreign Ministry. “This deal entails that Ethiopia will be a shareholder as well,” he told Reuters.

The two leaders also agreed on turning the town of Assosa into a commercial centre, building a new railway line and releasing the Ethiopian citizens detained in Sudan.

Ethiopia is an economic leader in the Horn of Africa region and according to the World Bank. An International Monetary Fund (IMF) report said Ethiopia will be the fastest growing economy on the continent in 2018.

The longest port Ethiopia could easily benefit from is that of neighbouring Eritrea. A diplomatic row has meant that relations between the two remain strained since Eritrea gained independence in the early 90s after a long armed struggle.

The Port of Djibouti handles roughly 95 percent of all inbound trade for landlocked Ethiopia.

Under the bilateral agreement, Djibouti may look to invest in some state-owned entities in Ethiopia, amongst others: Ethiopian Electric Power and Ethio Telecom – one of Africa’s last remaining telecoms monopolies.