The Addis Standard reports that Immigration officials have returned the passport of Eskinder Nega and that he has been told he will be allowed to travel.

“His passport was confiscated by immigration officials at the Bole International Airport last night and he was told to get back from the HQ,” the portal said in a tweet.

Update -Journo #EskinderNega's passport has been returned to him by the Ethiopian Immigration officials. Eskinder was also cleared off to travel. His passport was confiscated by immigration officials at the Bole Inte'l Airport last night and he was told to get back from the HQ. pic.twitter.com/yENjbr2Lye

Eskinder Nega, an award winning Ethiopian journalist who was jailed for being critical of government has been barred from leaving the country, a writers’ body, PEN America and a famed blogger, Befeqadu Hailu have said.

According to Hailu, Eskinder’s passport was seized when he was about to fly out to Netherlands to attend the Golden Jubilee celebrations of Amnesty International.

“… his passport is confiscated at immigration check in Bole Airport and informed of his ban,” the blogger said in a tweet on Friday morning. It is not known as yet what reasons and on whose orders the action was taken.

Breaking: We are appalled that #EskinderNega, our 2012 #FreedomToWrite award winner, has had his passport seized and prevented from leaving Ethiopia on a short trip abroad, and call for his right to travel to be restored ASAP.

Journalist #EskinderNega is banned from travelling abroad. He was supposed to attend amnesty's 50th anniversary in the Netherlands but his passport is confiscated at immigration check in Bole Airport and informed of his ban. pic.twitter.com/X3ImxQ1dtR

Eskinder was among prominent persons released by government early this year as part of political reforms meant to foster national unity. His particular case has been the subject of years of advocacy by international rights groups and media rights outfits.

He who had been in jail since 2011 after he was convicted of having links with banned opposition groups and leading a plan to throw the country into serious political chaos through a series of terrorist acts. He has continued to maintain his innocence with most activists calling his charges ‘trumped up and politically motivated.’

His release on February 14 did not come without controversy as he was reported at the time to have refused to sign a confession form causing his release to be further delayed. Barely a month after his release, he was rearrested along with other politicians and journalists.

They were said to have breached rules of the February 16 state of emergency by attending a meeting without clearance from the authorities and using a banned national flag. They were released around mid-April. 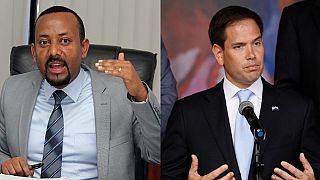 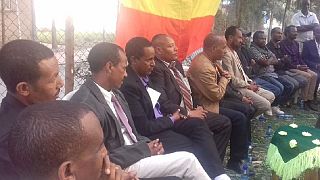 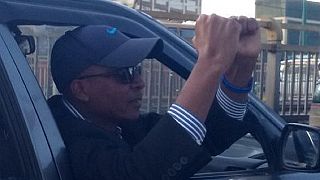