Africanews @2: Major highlights of the year under review 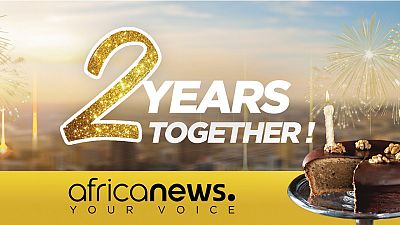 April 20, 2018; marks two years since Africanews launched the television channel. The website is much older but by only four months.

It has this far been a journey of several ups and downs but with the successes after 24 months outstripping the challenges that the channel grappled with.

Year 2018 has been significant for consolidation of gains that we made in year one. The team – online and TV – continue to perfect tasks relating to serving news to our esteemed audiences across Africa and around the world.

This article seeks to refresh your memories on the key landmarks from the year gone by. It highlights our steady growth in reach – TV, online, social media, the launch of Africanews applications and new programs.

At the level of growth, our television signal is received by 6.3 million viewers across over 37 African countries, growth of over 80% from last year. Our verified Youtube channel has steadily been growing as well.

In the course of this year, Africanews released our Android application which was preceded by the iOS version. As at today (April 19, 2018), Google PlayStore figures indicate that 50,000 people have downloaded the app – hope you are part of that figure.

Aside having all the top African news served on the application, you get the offline feature and data-saving mode and then there is our notification push for the breaking news and big stories for each day.

International Edition is a new program we launched during the year. It is a weekly round up of top international news from our sister channel, Euronews.

Euronews also serves our audience with Inspire Middle East, a weekly feature program that brings top news and culture stories from across the Middle East.

And all these successes are because of your loyalty to the Africanews brand. The team from Pointe Noire in the Republic of Congo, says a big ‘Thank You’ for being part of our journey. Cheers to many more years ahead with better programming and news delivery. 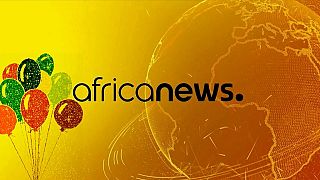 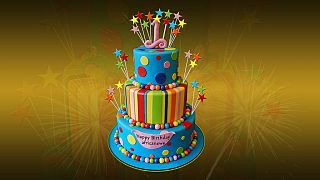 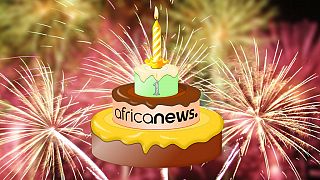 Two awards in one year as Africanews celebrates first anniversary

Two awards in one year as Africanews celebrates first anniversary