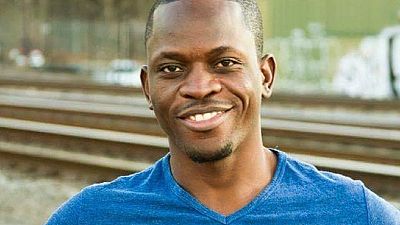 Zambian-born Black Panther actor Patrick Shumba Mutukwa, has apologised after photos and a video of him posing nude leaked and were circulated on social media in the country.

The US based actor who was born in Lusaka, was a Border Tribe warrior and also worked as a dialects and accents assistant in the Marvel movie that has since become a box office hit.

Shumba was last month celebrated as a role model in his home country, giving motivational talks to the youth, with the blessing of the strict ministry of national guidance and religious affairs.

What he did in his past has nothing to do with what he’s accomplished and will continue to accomplish. He has strong pride in Zambia and works hard to make the country and its citizens proud.

In the controversial pictures that were reportedly leaked by a blackmailer, Shumba is seen posing, with just his underwear. His publicist has since explained that snippets of a pornographic film that is being shared was made for his girlfriend in 2014.

“What he did in his past has nothing to do with what he’s accomplished and will continue to accomplish. He has strong pride in Zambia and works hard to make the country and its citizens proud,” a statement released by Shumba’s publicist reads.

The actor also took to social media to share a poetic apology to his disappointed fans.

‘‘An apology. It’s the only thing I have left to offer. No fancy words, no excuses. Apology to the people hurt by my past mistakes. I can promise you, I am far removed from that man.’‘

The actor’s publicist, Larrissa Long, also released a statement denying allegations that Shumba is gay, even though she acknowledged the authenticity of the pictures and video.

Celebrated last month as a hero, Shumba is now being branded ‘evil’ and ‘satanic’ in the wake of the scandal.

If that is Patrick Shumba, I am disappointed in whoever went out of their way to find that video. Given, publicity and fame of sorts is not without exposé but come on! Especially after how people were happy to belittle his role in Black Panther. It be your own people.

Homosexuality is strongly frowned upon and is illegal in Zambia.