U.N. aims to eliminate yellow fever in Africa by 2026 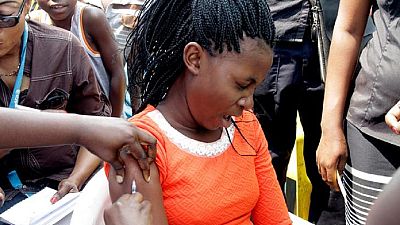 Nearly 1 billion people in Africa will be vaccinated against yellow fever by 2026 in an ambitious United Nations campaign to eliminate epidemics of the deadly disease on the continent.

The mosquito-borne viral disease is a major killer in Africa, where it can spread fast in highly populated areas with devastating consequences.

“With one injection we can protect a person for life against this dangerous pathogen,” said Tedros Adhanom Ghebreyesus, Director-General of the World Health Organization (WHO) at the programme’s launch in Nigeria, a priority target country.

With one injection we can protect a person for life against this dangerous pathogen.

“This unprecedented commitment by countries will ensure that by 2026 Africa is free of yellow fever epidemics.”

A yellow fever outbreak is active in Nigeria, with hundreds of suspected cases reported after a 7-year-old girl developed fever, vomiting and abdominal pain in August, the WHO said.

Children make up almost half of those targeted.

“Today, the threat of yellow fever looms larger than ever before, especially for thousands of children across Africa,” Stefan Peterson, chief of health at the United Nations children’s agency (UNICEF), said in a statement.

A major vaccination campaign in Angola and Congo in 2016 brought one of the worst outbreaks of the disease in decades under control after more than 400 people died.

One reason the disease is spreading is because more people are moving from rural to urban areas, particularly to slums, said Robin Nandy, UNICEF’s chief of immunisation.

“These areas tend to have high numbers of people living in close proximity with poor hygiene and sanitation, all the conditions that make it ripe for a disease outbreak,” he told the Thomson Reuters Foundation in a telephone interview.

The virus also poses a serious risk in Sudan, South Sudan, Uganda and the Democratic Republic of Congo, he said.

The vaccination programme is a joint venture by the WHO, UNICEF, the GAVI global vaccine alliance and more than 50 health partners.