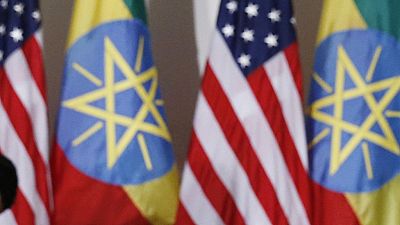 The Ethiopian government has officially responded to the United States Congress’ decision on Tuesday to issue a resolution against the government over human rights and political reforms.

In a statement issued by the Foreign Ministry on Wednesday, Ethiopia described the adoption of House Resolution (H. Res. 128) as untimely, inappropriate and in parts biased.

“This simple resolution is counterproductive and is against the important partnership between the U.S. and Ethiopia,” said the Ministry of Foreign Affairs in a statement.

The resolution calls on the Government of Ethiopia to lift the state of emergency, end the use of excessive force, release wrongfully imprisoned protesters, and improve transparency, while at the same time urging protesters and opposition groups to use peaceful discussion and avoid incitement.

It stressed that the move had failed to recognize concrete and positive steps being taken recently in the area of political reforms and deepening the democratic culture in the country.

“The House fails to take into account the situation on the ground. H.R. 128 ignores the positive strides the country has made recently. Even if H.R.1 28 is not pending and just expiration opinion, the government of Ethiopia has been working with members of the Congress including the leadership, providing information on the implementation of substantive reforms.

“In the past several months the ruling party and the government of Ethiopia have been operating under new political dynamics, launching bold reforms aimed at increasing transparency and widening the country’s democratic space,” it noted.

Other major issues contained in the statement included Ethiopia’s continued role in regional security, government’s commitment to work to improve accountability, justice and rule of law for the citizenry and also continued engagement with relevant U.S. outfits in improving bilateral relations.

“The government of Ethiopia would also like to express its appreciation to those Members of Congress, Senate and Executive branch who, having evaluated the facts on the ground as well as weighing the importance of the bilateral relationship, worked against this biased resolution,” the statement added.

The United States Congress H. Res. 128 despite a late pushback led by one Senator Inhofe – a known ally of the government, to get Congress to reject the resolution, the motion according to Congress records did not even need to be voted upon as it adopted by voice vote.

Lawmaker took turns to give comments about the importance of the resolution with each touching on the political crisis that has rocked the country.

Others also pointed to the cost in terms of human lives and loss of properties as a result of government highhandedness and an ever-shrinking democratic space.