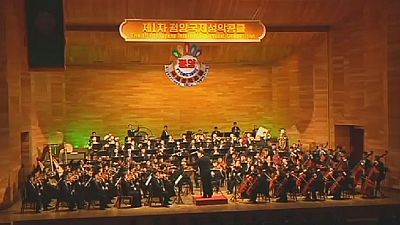 North Korea opened an international music competition in Pyongyang on Thursday according to the state media.

In the video provided by KCNA, which Reuters cannot independently verify, North Korean officials and foreign delegations were seen participating in the opening ceremony , the first Pyongyang International Vocal Competition at Moranbong Theatre.

The music competition, which marks the birth anniversary of the state’s founder Kim Il Sung on April 15th, will be continued until Thursday April 12 , according to the state’s website.