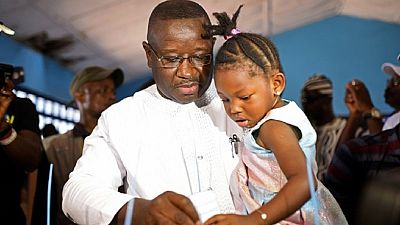 Opposition candidate Julius Maada Bio has won a narrow victory in a run-off election to become Sierra Leone’s next president, according to official results by the country’s electoral body.

The National Electoral Commission announced at 10:00pm local time that Maada Bio of the Sierra Leone People’s Party (SLPP) won 51.8 percent of a total of over 2.5 million ballots cast in the March 31 vote, beating out the ruling All People’s Congress candidate Samura Kamara, who garnered 48.1 percent.

Kamara, a former foreign affairs minister, and Maada Bio, who briefly ruled Sierra Leone as head of a military junta in 1996, were vying to replace outgoing President Ernest Bai Koroma, who cannot seek re-election due to term limits.

I feel happy about the results. I am here because my president Julius Maada Bio has won the election in this country.

“The new president will be sworn in tonight,” Chief Justice Abdulai Hamid Charm told Reuters. Maada Bio has since been sworn in as president.

SLPP supporters began celebrating in the streets of the capital Freetown on Wednesday evening in anticipation of the official announcement of results.

“I feel happy about the results. I am here because my president Julius Maada Bio has won the election in this country,” said Adolfus Kargbo, among a group of SLPP supporters chanting Maada Bio’s name. 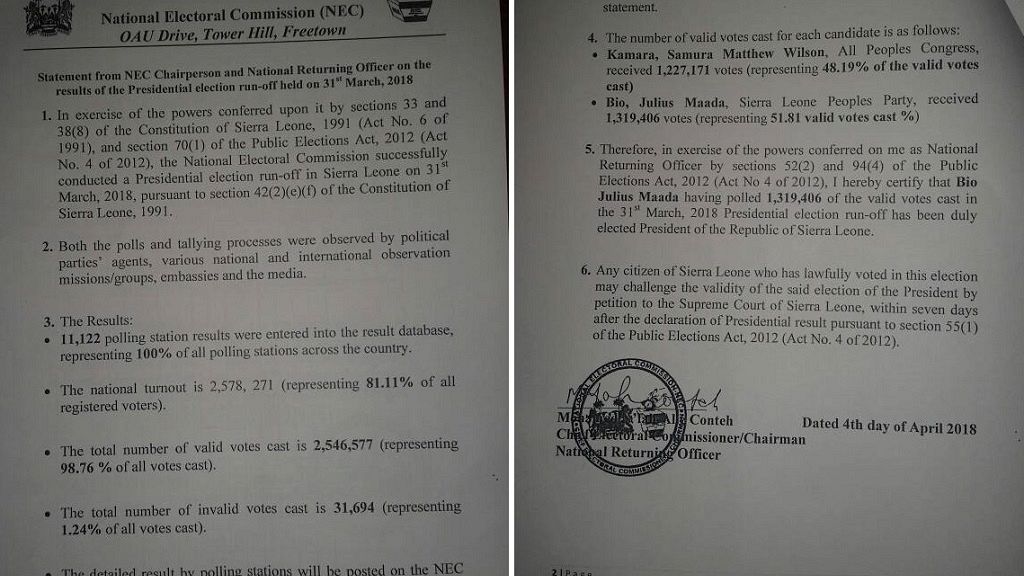 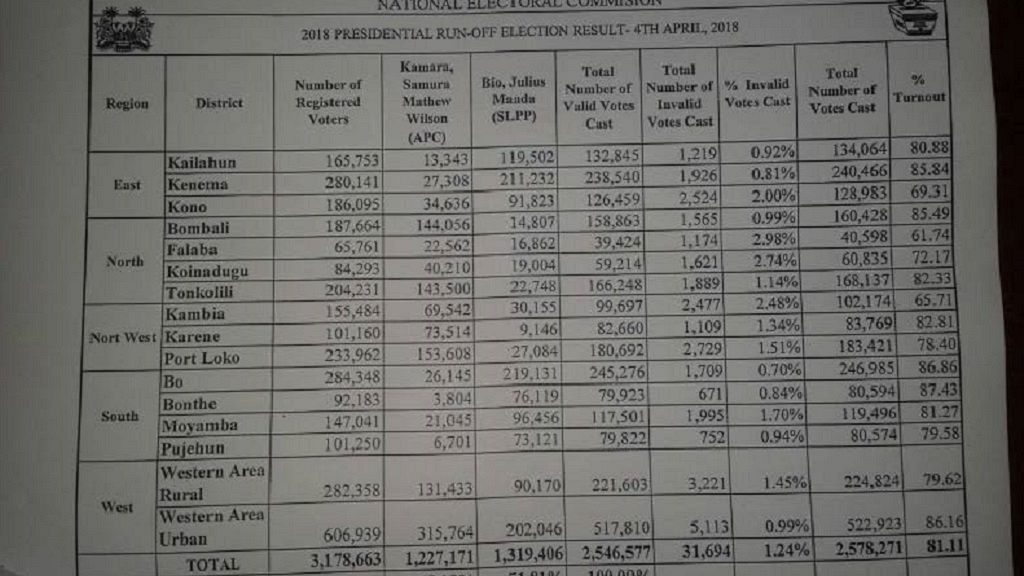 Who is Maada Bio?

He has also tasted how it feels to be on the ballot paper, he was the Sierra Leone Peoples Party’s candidate for the last elections. He lost to outgoing Ernest Bai Koroma.

He is a Roman Ctholic married to Fatima Bio a practicing Muslim and a Gambian national. They got married in an interfaith ceremony in London in 2013. The couple have a child but Maada Bio has three other children from a previous marriage. The vice presidential candidate of the SLPP is Jalloh Mohamed Juldeh.

The largely peaceful election process has come as a relief for the country of 7 million people, who endured a civil war in the 1990s and whose economy was dragged down by an Ebola epidemic in 2014-15 and a global slump in commodity prices in 2015. 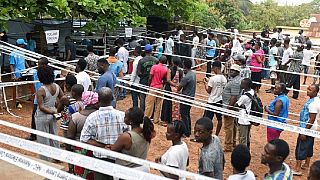 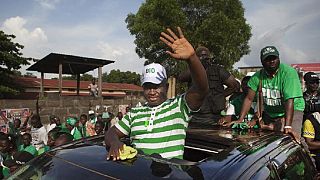