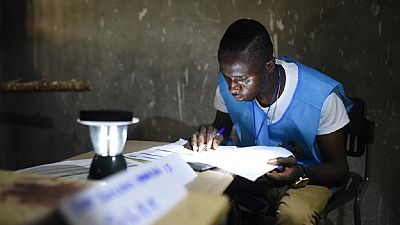 The said province is an SLPP stronghold according to political watchers. Its candidate, Julius Maada Bio was born in the Bonthe District located in the Southern Province

The letter alleged electoral malpractices which it said had the tendency of impacting the final results. “We discovered that in many areas in your region there is over voting and nearly 100% voter turn-out,” the statement said.

“We hereby attached a list of all the said stations and demand that same be placed for audit / quarantined before certification of the final results for those areas,” the April 2, 2018 letter added.

The All Peoples Congress Party yesterday wrote a letter to NECsalone to audit votes from the southern province before announcing the results. Because they suspect ballot stuffing and over voting. See the letter below. #SierraLeoneDecides #SierraLeone pic.twitter.com/3Tl1d16YZh

The presidential runoff is the final leg of an electoral process that started in March. The general elections saw voting for presidential, legislative and councilors across the West African country.

With sixteen presidential candidates, the first round failed to produce an outright winner. NEC as by law announced a runoff between APC’s Samura Kamara and SLPP’s Julius Maada Bio. Maada Bio, a former military head of state won the first round.

Winner of the runoff held on March 31 will take over from Ernest Bai Koroma who has completed his constitutionally mandated two-terms.

Meanwhile, the European Union in its premliminary report on the runoff has hailed NEC’s efforts in the face of sabotage by the two parties and actions by the security forces that made its work difficult.