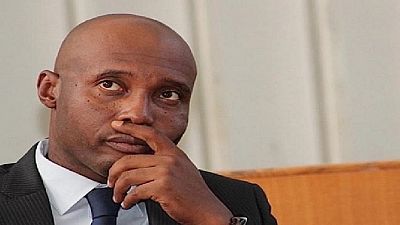 Barthelemy Dias was arrested Friday night by the gendarmerie research section and was still held Saturday in this unit in Dakar, according to his lawyer El Hadji Diouf.

“I do not know what he is being accused of, they (the gendarmes) blocked me yesterday from entering the gendarmerie,” he said.

Local newpapers say Barthelemy Dias was arrested for making disparaging remarks against the judges on Friday, after the Dakar mayor was sentenced.

Mr. Barthelemy Dias made insulting remarks to the magistrates presiding over the case. Such comments constitute an intolerable attack on the honor of the magistrates concerned and the dignity of the entire judiciary.

“Mr. Barthelemy Dias made insulting remarks to the magistrates presiding over the case, such comments constitute an intolerable attack on the honor of the magistrates concerned and beyond, and on the dignity of the whole judiciary,” declared a statement published on Saturday by the Union of Senegalese Magistrates (UMS).

Dias is a member of the Socialist Party (PS) which is part of the presidential coalition and is a fervent supporter of Khalifa Sall.

Sall, 62, who is mayor of Dakar, had denied the charges against him as politically motivated.

His conviction bars him from next year’s elections, when he had been expected to present a strong challenge to President Macky Sall.

A dissident member of the Socialist Party, Khalifa Sall began his political activism at the age of 11.

He later held various ministerial portfolios under then Socialist president Abdou Diouf before being elected mayor of the capital in 2009.

Sall and Tour appeared in the dock with six other municipal employees who faced the same charges. Of these, four were given jail terms ranging from six months to five years and two were discharged.

The specific charge of misappropriating public funds centred on 1.83 billion CFA francs ($2.85 million, 2.7 million euros) of city money which allegedly was misused between 2011 and 2015.

The court heard allegations of a system of fake receipts for rice and millet, the money from which Sall was accused of using for “political purposes”.

Sall said the money was not diverted for personal or political use but instead used for discretionary spending on sensitive issues such as security.

“Should I be robbed of my right to be a candidate because Macky Sall doesn’t want Khalifa Ababacar Sall to become his opponent in 2019?” the mayor asked combatively on the trial’s last day.