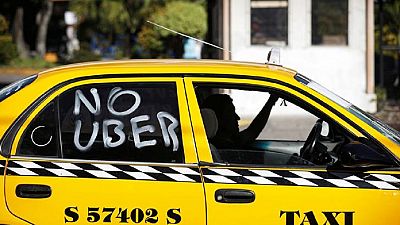 An administrative court in Cairo ruled Tuesday in favor of stopping the services of ride hailing applications, Uber and Careem in Egypt, reported state newspaper al-Ahram on its site.

Both companies had been the target of protests by taxi drivers complaining that their drivers were not required to pay the hefty fees to operate their transportation vehicles.

AFP news agency reported that court has accepted a petition filed by a lawyer demanding the government to stop the activity of Uber and Careem in Egypt and their mobile applications.

They must stop their activities and block their mobile application on the Internet.

While the decision is subject to appeal, a lawyer for the taxi drivers, Khaled al-Gamal assured AFP that the government will have to implement the decision even if Uber and Careem appeal.

“They must stop their activities and block their mobile application on the Internet,” he said.

But Careem said on Twitter that the service “ensures continuity of operations normally and that it has not received any official notification” asking it to cease its activities.

Uber’s representatives in Egypt are yet to respond to the court’s decision.

Both services have become very popular in Egypt where many users complain about the quality of service offered by taxis, which sometimes refuse to turn on their meters.

The American Uber is present in many countries. Careem, based in the United Arab Emirates, is present in the Middle East and Asia.