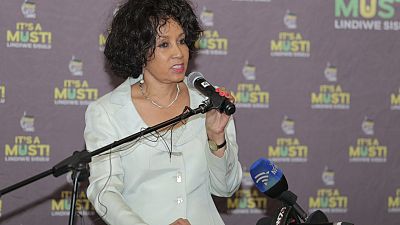 South Africa rebuked an Australian government minister on Wednesday for suggesting white South African farmers needed help from a “civilised country” and should get special visas due to the “horrific circumstances” they faced at home.

“I do think, on the information that I’ve seen, people do need help and they need help from a civilised country like ours,” Dutton said.

There is no reason for any government in the world to suspect that a section of South Africans is under danger from their own democratically elected government.

As another threat to farmers, he also pointed to plans by new President Cyril Ramaphosa to allow expropriation of land as a solution to the massive land ownership inequalities that remain more than two decades after the end of apartheid.

Pretoria dismissed his comments out of hand.

“That threat does not exist,” the foreign ministry said. “There is no reason for any government in the world to suspect that a section of South Africans is under danger from their own democratically elected government.”

“We regret that the Australian government chose not to use the available diplomatic channels available for them to raise concerns or to seek clarification,” it added.

Although violent crime is a serious issue across South African society, killings on farms, the vast majority of which are white-owned, has become a particularly racially charged issue.

Afriforum, a rights group that mainly represents the views of the white Afrikaner minority, describes being a white farmer as one of the most dangerous jobs in the country, saying a white farmer is twice as likely to be murdered as a policemen, and four times as likely as a private citizen.

Reuters was not able to verify the figures independently.

Afriforum chief executive Kallie Kriel applauded Dutton for highlighting the issue but said his organisation was not advocating mass emigration.

“Our future is in Africa, not elsewhere,” he said. “But it’s good that there’s international recognition that we have a problem here.”

Speaking to parliament on Tuesday, Ramaphosa said South Africa was not heading down the road towards the type of violent and chaotic seizure of white-owned farms that triggered economic collapse in Zimbabwe nearly 20 years ago.

He has also said redistribution will not jeopardise South Africa’s food supply.