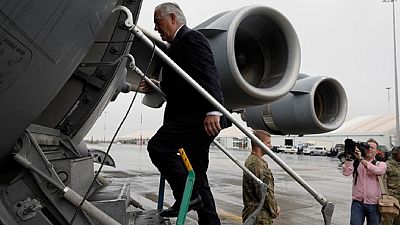 United States Secretary of State Rex Tillerson has cut short his first trip to Africa to return to Washington about one day ahead of schedule to deal with urgent work there.

Tillerson’s travel plans have changed so that he can return to Washington early on Tuesday morning instead of late that night, a spokesman for the top U.S. diplomat told reporters travelling with him.

The secretary departed the Kenyan capital of Nairobi on Monday morning. He will visit Chad and Nigeria, both oil-producers struggling to contain the Islamist Boko Haram insurgency, on Monday afternoon and evening.

Instead of spending Monday night in the Nigerian capital, Abuja, before flying back to Washington, Tillerson’s spokesman said the secretary had changed his schedule so that he would spend only a few hours in Nigeria before leaving late in the evening to fly home.

On Saturday while visiting Nairobi, Tillerson, 65, cancelled his scheduled events because he had been feeling unwell.