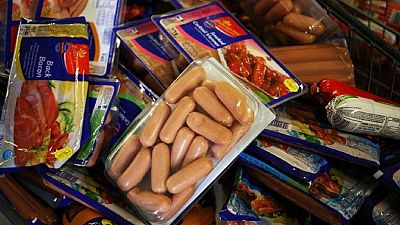 A human rights lawyer plans to launch a class action lawsuit against South African food producer Tiger Brands on behalf of the families of people who died and those affected by the worst listeria outbreak in history.

South Africa’s health minister said on Thursday the government would support anyone intending court action over the outbreak that has killed 180 people out of 967 verified cases since January last year.

Tiger Brands said on Friday it had received a report from the department of health which confirmed the presence of the LST6 listeria strain at its factory in the northern city of Polokwane and it was appointing an expert team to identify the causes.

I expect to launch it in two to three weeks.

On Saturday, spokeswoman Nevashnee Naicker said the company “had not received any notifications of any class action suits” and declined to comment further.

The planned class action is being prepared by Richard Spoor, who has spearheaded legal action against gold producers over the fatal lung disease silicosis for which the companies have made 5 billion rand ($425 million) in provisions.

“I expect to launch it in two to three weeks,” Spoor told Reuters.

U.S. lawyer Bill Marler, who won $110 million in compensation from fast-food chain Jack in the Box for victims of a 1993 ecoli outbreak in the United States that sickened 700 people and killed four, is consulting on the case.

“In the United States we would not use a class action because the variety of damages are so different for all of these people,” Marler, currently in Johannesburg, told Reuters.

“There are differences between people who are sick for a week and those who died or have long-term complications. But here you can do that all in one class action,” he said.

A class action typically involves a large number of people who collectively band together to sue a person or company for damages.

The source is low-priced processed meats that are mostly consumed by the poor and working class, prompting a recall of such products and bans on imports of them from South Africa by several countries in the region.

Tiger Brands Chief Executive Lawrence McDougal said on Monday that there was no direct link between the deaths and its processed cold meat products.

In Malawi on Saturday, South African processed meats were set alight in large bonfires in several locations, one which was witnessed by a Reuters reporter in the capital Lilongwe.

The disease causes flu-like symptoms, nausea, diarrhoea and infection of the blood stream and brain.