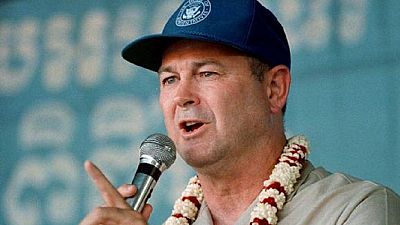 A United States Congressman has waded into the controversy surrounding the March 2 state of emergency ratification by parliament.

According to Congressman Dana Rohrabacher, the vote failed because the government failed to get the necessary votes. He, however, quoted initial vote tally that saud 346 votes were in favour lesser that the 359 votes required.

The speaker of parliament, Abadula Gemeda, was forced to apologize over mix-up with figures he announced earlier. He mistakenly said 229 votes was required to attain two-thirds of the 539 seats.

Speaking to state-owned Ethiopian Broadcasting Corporation on Saturday, Abadula said 395 was the correct number of votes in favour of the legislation.

Ethiopia government imposed a state of emergency on February 16 with the view to curb rising insecurity. The measure was imposed by the Council of Ministers and by law needed ratification by parliament within a two-week period.

The House of People’s Representatives was summoned to an emergency session to debate and vote on the issue. That 88 MPs opted to vote against the measure was seen as a big boost for people who continue to protest the emergency rule.

Dana Rohrabacher is a Republican lawmaker representing California’s 48th congressional district. He is a former speechwriter for President Reagan. He has been vocal about political ongoings in Ethiopia.

He recently insinuated that Ethiopia’s dominant party, the Tigrayan Peoples Liberation Front (TPLF) was on its way out of power. ‘Game Over TPLF,’ he said in a February 21 tweet which incidentally mentioned three people including a famed Ethiopian activist, Jawar Mohammed.

The other two were the Eritrean ambassador to Japan and one Neamin Zeleke, an expert on political and security ongoings in the Horn of Africa region.