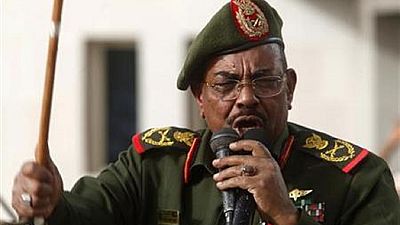 The purpose of the plan is to develop the Sudanese army so that it can face any threat, said the head of state who was addressing officers and soldiers gathered in the coastal city of Port-Sudan.

“We are ready to face any threat against our country,“said Bashir, quoted by the official Suna news agency, which did not provide more details on military cooperation between Khartoum and Moscow.

We are ready to face any threat against our country.

These remarks come in the wake of the Sudanese President’s visit to Moscow in November, during which he asked his Russian counterpart Vladimir Putin to “protect”
his country from the United States, according to the state media.

These comments surprised Washington at the time, especially since they came a few weeks after the United States lifted a 20-year-old trade embargo against Sudan.

During his trip, the Sudanese president also reportedly called for nuclear cooperation between the two countries.

The Sudanese air force is mainly made up of Russian warplanes. In the past, Russia has been Sudan’s main supplier of military equipment.

In power since 1989, Omar al-Bashir is wanted by the International Criminal Court (ICC) for genocide, crimes against humanity and war crimes in Darfur.